Oakwood Church Book Club – Covenant and Calling: Towards a Theology of Same-Sex Relationship 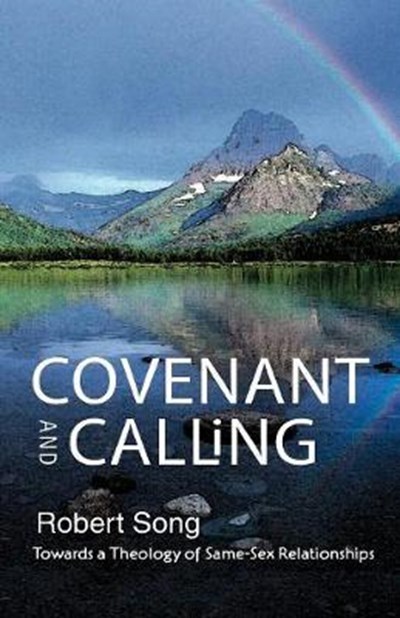 No other issue in recent times has proved as potentially divisive for the churches as that of same-sex relationships. At the same time as many countries have been moving towards legal recognition of civil partnerships or same-sex marriage, Christian responses have tended towards either finding alliances with proponents of conservative social mores, or providing what amounts to theological endorsement of secular liberal values.

Against both trends, Robert Song’s book advances a staunchly theological account of marriage and sexuality which appeals to the central biblical theme of the eschatological fulfilment of creation in Christ, but is also open to the possibility of same-sex relationships.

Rejecting treatments of the Bible which concentrate on a small number of well-rehearsed texts on same-sex relationships to the exclusion of the Bible’s overarching narrative, this book provides a fresh interpretation of the Christian tradition and defends a vision of the church which embraces a plurality of callings, to marriage, celibacy, and covenant partnership.

“Robert Song’s timely and helpful contribution to ecclesial discernment about faithful, lifelong relationships is truly scholarly in that it brings into the room a cloud of witnesses that offer light and hope, deeply pastoral in that it never loses the good shepherd’s heart for those in danger of being lost, rejected, or consumed by their own righteousness, appropriately prophetic in that it believes the question is not what scripture says but what scripture requires us now to say, and wonderfully wise in its judgements and proposals. If our prayer in the midst of conflict is not that ‘our’ side will ‘win,’ but that articulating tensions thoughtfully will bring out the best in all of us, then that prayer has been answered in this reverent, responsible and seriously thoughtful book.” Sam Wells