How should we respond to civil disobedience and the climate crisis? 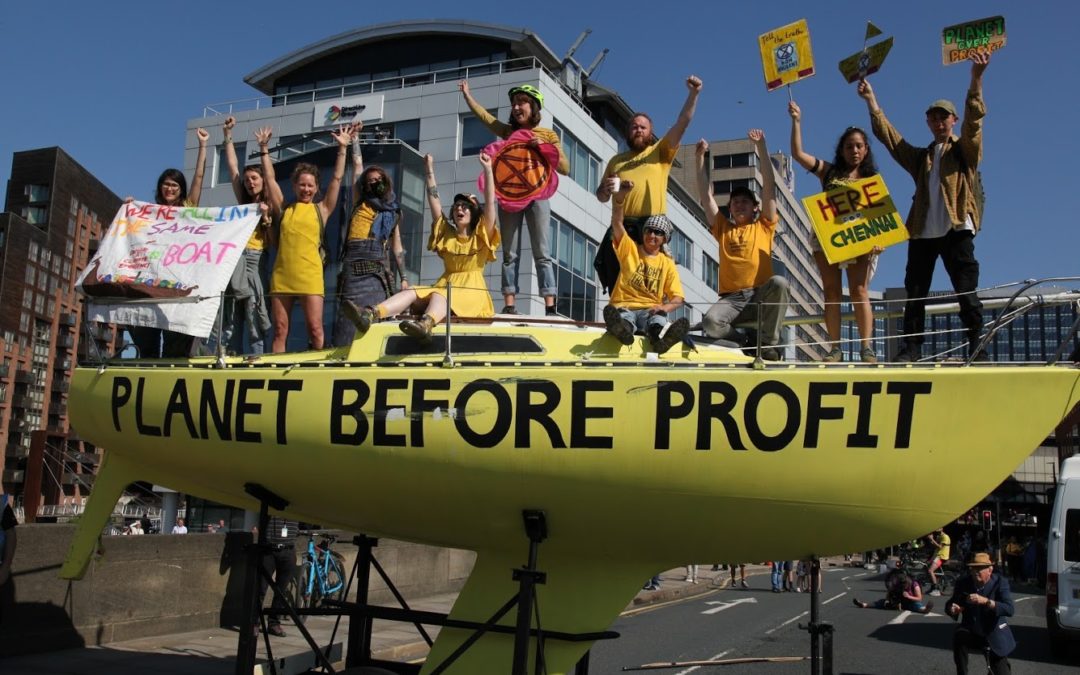 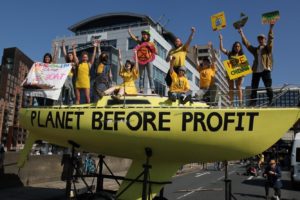 On 15th July, activists from Extinction Rebellion drove a boat onto Victoria Bridge on Neville Street in the centre of Leeds, closing off the street to cars. They secured the boat and then camped on the site until Friday 19th July. During the week they held workshops on the climate emergency, training sessions on non-violent direct action, gave out free food, and entertained passers-by with music. Their message was simple: the UK government needs to act now to prevent the climate crisis from getting even worse.

I, along with several other Christians including Rev’d Ruth Newton, decided to join them. My decision to be involved came after several months of deep reflection on the latest climate science and asking myself what allegiance to Jesus means in this context. With a disturbing sense of call I joined with Extinction Rebellion and was prepared, if needs be, to face arrest if the police made the decision to clear the area. It turned out that no arrests were made but I’m grateful for the opportunity as a church leader to participate in print, radio and TV interviews about the issue of climate change.

Extinction Rebellion is a group of citizens from all walks of life convinced that the situation we face is dire. More significantly, the situation is no mere environmental crisis, rather, it is a matter of societal, economic and political justice. In 2015 at a UN climate summit in Paris, 197 countries agreed to do what they could to limit global warming to an average of 1.5 degrees Centigrade and said warming of 2 degrees would be “catastrophic”. And yet four years on, given the current governmental policies, we are headed towards global warming of 3.3 degrees according to Climate Action Tracker. These temperature rises can sound small, but because these figures refer to average surface temperature rises for the whole planet, the effects are huge. With 2 degrees of warming by 2100, for example, studies suggest global per capita GDP would be down 13%, while global crop yields would be down 9%. With 3 degrees warming, annual crop yields could be down as much as 20%, the tropics would have expanded north by 120 miles, southern Europe would likely experience constant drought, and large parts of Rio, Osaka, Shanghai, Miami, Alexandria and many other coastal cities would end up underwater. Climate Central, a US-based non-profit, estimates that 275 million people currently live in areas that will be flooded with a rise of 3 degrees. Long before that, hundreds of millions will have been forced to migrate due to drought and extreme weather such as hurricanes. There are likely to be 143 million climate refugees by 2050 according to the World Bank, while the United Nations anticipates 200 million. Both these sets of figures are towards the low end of other current estimates.

Extinction Rebellion, in other words, cannot be faulted for reading too much into the science. The situation we face is, as Justin Welby has said, “an existential problem for the entire global community in a way that nothing else is”. Extinction Rebellion also see clearly that the issue is one of justice. It is predominantly the rich, Western countries which have caused climate change, while it is the developing nations that suffer the brunt of its effects. Western countries also have the resources to blunt the effects they suffer from climate change, whereas many countries in the Global South do not.

While these are tough questions, some things are clear. In what John Dear describes as “the boldest political event in the entire Bible”, Jesus overturned the tables of the money changers, and in doing so, performed a symbolic, non-violent act of civil disobedience which served as a rebuke to a systemic injustice that exploited the poor and erected a human-made barrier between people and God. Jesus then proceeded to teach the crowds: to tell them the truth.

The Church commissioned by Jesus is called to the same: to love its neighbours and care for creation by challenging injustice, and alongside this, to exercise a prophetic call to speak the truth, which today means exposing the dehumanising tendencies of Western culture (consumerism, unrestrained capitalism, individualism) whilst also stirring imaginations for a society in which all can flourish.

The climate crisis is an emergency. Given that, perhaps the time is coming, or now is, when the Church should act, not as cheerleaders or chaplains for the political and economic status quo, with its vested interests in the stranded assets of the fossil fuel companies, but as followers of the Lamb who will join with others in raising the alarm about the ongoing climate catastrophe whilst simultaneously resisting the seductions of the consumerist lifestyle many of us see as normal. As Rowan Williams has said commenting on Extinction Rebellion, “it might just work; it might allow a new space and a new imagination to flower in the face of incipient tragedy”.

John Dear Jesus the Rebel: Bearer of God’s Peace and Justice (Sheed and Ward, 2000)
Extinction Rebellion This Is Not A Drill: An Extinction Rebellion Handbook (Penguin Books, 2019)
Tripp York and Justin Bronson Barringer (eds) Faith Not Worth Fighting For: Common Questions about Christian Non-violence (Cascade Books, 2012)
David Wallace-Wells The Uninhabitable Earth : A Story Of The Future (Allen Lane, 2019)