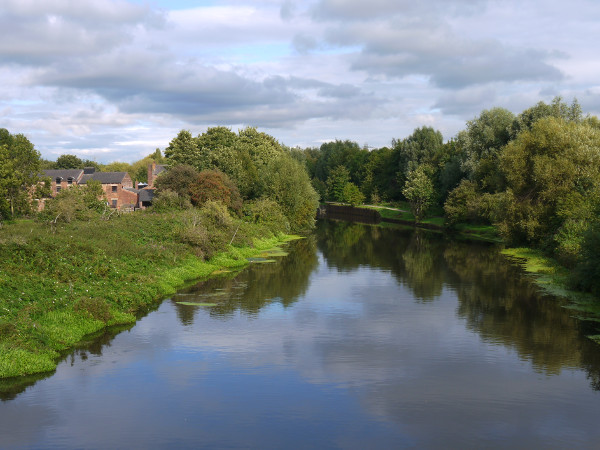 By Lawrence Cockrill
Last CITYtheology, Simon Hall echoed the question ‘Quo Vardis?’ and asked us to think about where in Leeds Jesus might be calling us today. This was in our minds on the last stage of the Leeds Country way Pilgrimage when we climbed through Hunger Hills Woods and then looked out over the cityscape of Leeds. After a pilgrimage in the rural edges of the city looking in, we decided to follow this by walking the canal path straight through the heart of the city.
As we walk, we have been looking back at some of Leeds’ industrial history and the people who shaped it as we think and pray about what makes a good city. It has been an opportunity to reflect on the legacy of the engineers, workers and businesses who used their creativity to better the city, industry and life of Leeds.
People like Leeds resident John Smeaton. The first person to take the title of Civil Engineer, (distinguishing himself from Military Engineers), and who helped design the Aire and Calder Navigation, connecting Leeds’ industry with Hull and from there, to the rest of Europe.
Alongside his work on canals Smeaton also designed the third Eddystone Lighthouse after the destruction of the previous two lighthouses. He pioneered the use of Hydraulic lime, a type of mortar that would set under water and his lighthouse lasted until 1877 when the rock beneath the lighthouse began to erode.
But Smeaton wasn’t without his flaws. The Smeaton Coefficient, (part of a formula for calculating lift during flight) was used by the Wright brothers in their aircraft design. Unfortunately, Smeaton’s calculations were a little off and the Wright brothers, through experiments with a wind tunnel, had to first correct this mistake before their aircraft could take flight.
The history of Leeds is full of people who used their intelligence and creativity to try to improve people’s lives, with some success, some failure and some mistakes along the way. Last CITYtheology Jenny Jones asked if life really was so good in the past. When we look back, we can learn from the success and failure; and when we can celebrate human creativity in Leeds today, we are aware of the challenges too;
All are welcome to join us, for details, click here.