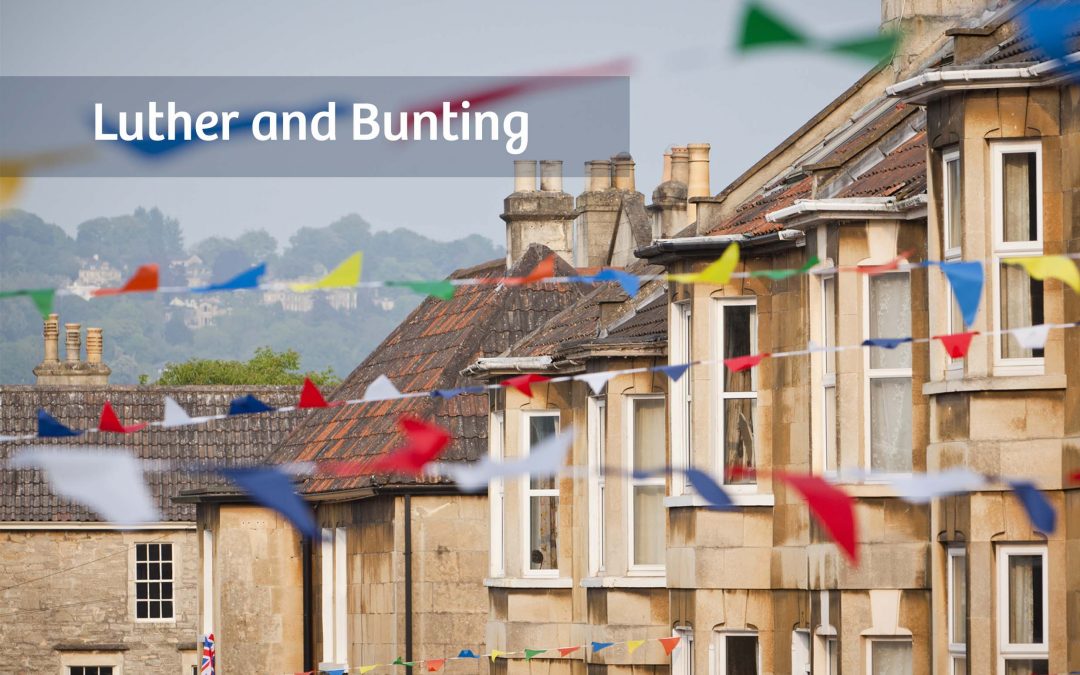 Reverend George Bailey discusses the 500th anniversary of the reformation and the benefits of diversity.

How many Christian churches are there in Leeds? I confess that I do not have any clear answer myself, but I am confident that there are more than many of us think. I have been a Methodist minister in Leeds for ten years, and whilst I know of some churches which have closed, I know of far more that have begun in that time. Is this a problem or an opportunity? Is diversity and multiplication in the Christian family a good thing or is it to be resisted?

I think all the new congregations I knew are Protestant churches, by which I mean those which can trace their roots, one way or another, back to the Reformation of the 16th century. It is in this branch of the Christian family that the multiplication of separate denominations is by far the most prolific – estimates, and fierce debates, abound in internet blogs and scholarly articles as to the actual number of Protestant denominations globally, but I think most would agree that the number is growing. On 31st October 2017 we have marked the 500th anniversary of the Reformation with which all this began – I hope that, like me, you have been able to learn something new about Martin Luther – I was blessed to receive a commemorative Martin Luther Playmobil figure (yes, really) – an important addition to my desk!

The Reformation is a turn in the history of the Church about which many of us feel somewhat ambiguous. It has been accused of being the root cause of many problems, not just in the Church, but for the whole of our culture and society. Amongst the charges levelled are the individualization of faith, the relativization of the Church’s doctrine, and the opening of the door to division and schism, scepticism and secularization. So the story goes; giving people the Scriptures to read as autonomous individuals, needing only a personal relationship with Christ to receive salvation, set loose a multiplicity of interpreters with a multiplicity of interpretations, and began the slippery slope upon which several centuries later the Church has fragmented and declined towards the edges of a fragmenting society.

In honour of the big anniversary I have enjoyed reading Biblical Authority After Babel: Retrieving the Solas in the Spirit of Mere Protestant Christianity, (2016) by Kevin J. Vanhoozer. He is a US systematic theologian from Trinity Evangelical Divinity School whose previous work has included reflections on the dramatic and performative nature of scriptural interpretation and doctrinal formulation. He sets out in this book to challenge the negative narratives and instead, from the theological foundations of the Reformation, to build a positive, authentically Protestant theology of the Church and how the Church reads scripture – what he calls “mere Protestant Christianity.” The theological foundations of the Reformation are summed up by the Latin shorthand of the “five solas”: sola gratia (grace alone), sola fide (faith alone), sola scriptura (scripture alone), solus Christus (Christ alone) and soli Deo gloria (glory to God alone).

In a complex and nuanced work of theology, Vanhoozer has engaging comments to make on the history and the contemporary reception of these five principles, especially in relation to how the diverse Protestant Churches interpret scripture together. The images he employs are evocative, and might help us find a positive understanding of the many Protestant churches in Leeds.

He draws the image of how the many Protestant churches are like houses on the street, “Evangel Way,” and “mere Protestant Christianity” is like a “block party” (or as we might say in Leeds, a “street party”) where the neighbours come out to play together. The neighbourhood benefits from this kind of unity, which can only function as it does as long as there is diversity. If everyone lived together in the same house then a street party would be a very different proposal (he envisages the Roman Catholic Church living all in one high rise block on an intersecting street). “Mere Protestant Christianity provides the space and parameters for plural unity: on my Father’s street there are many mansions” (2016: 33). The Protestant churches share much in common and join together as a community. They also support one another in the way that a “neighbourhood watch scheme” might keep an eye on the street; encouraging and appreciating, but also offering concerned advice if there are problems with any household’s security or behaviour.

This idea of each house watching over the others is similar to Vanhoozer’s answer to the challenge of seeking Protestant consensus on scriptural interpretation. He does not contrast unity to diversity but, instead, sees the benefits of diversity. The view from each house is only partial and limited; to have an appreciation of the whole street all must work together. Similarly, each view of Scripture is partial; the Protestant understanding of the Holy Spirit communicating God’s Word through Scripture means each church must listen to others in order to hear more clearly. “Sola scriptura is not a recipe for sectarianism, much less an excuse for schism, but rather a call to listen for the Holy Spirit speaking in the history of Scripture’s interpretation in the church” (2016: 145).

This gives a taste of the core ideas Vanhoozer uses to construct a positive reading of Protestant plurality. Following this book, a project has been formed with other various kinds of Protestant US theologians who have together drafted a statement of Protestant Christian faith in this vein: a “Reforming Catholic Confession” which is being signed up to by a growing number of Protestant churches and church leaders. I am left with a number of questions – particularly, how does this relate to my friends in the Roman Catholic and Orthodox branches (or is it roots?) of Christian faith? Vanhoozer keeps his project on the Protestant street, whereas I have always been interested in wider discussions of unity – I think there is room for these Protestant ideas to be helpful. Also concerning, just within the Protestant family, there is a wide variety of understanding of church governance, such that the image of single houses on a street is too simple. Vanhoozer bases his doctrine of church authority on the local church, but does not so thoroughly address the Protestant streams which distribute more authority to larger church institutions. The image is less simple when one set of mutually committed local churches tries to have a street party with another much larger (or smaller) set of churches, also mutually committed, but in a different way. Perhaps my experience of being minister for four united ecumenical congregations in Leeds is informing this – such street parties are good but take a lot of organising!

These notes of concern do not prevent me feeling optimistic. Vanhoozer’s recovery of the Reformation solas is heartening as it gives doctrinal depth to my instinct that the way ahead for the many churches in Leeds is to listen to each other – and through this attention to each other, to have a fuller understanding of the work of the Holy Spirit in the whole Church. Our plurality and diversity as churches, that so often seems to threaten our unity, can become for us a divine gift as long as we have faith not in ourselves, but in God’s grace alone.

Reverend Doctor George Bailey is a minister in the Leeds North and East Circuit of the Methodist Church and half time Lecturer at Cliff College, Derbyshire.