Power to the People – Empowerment through Music 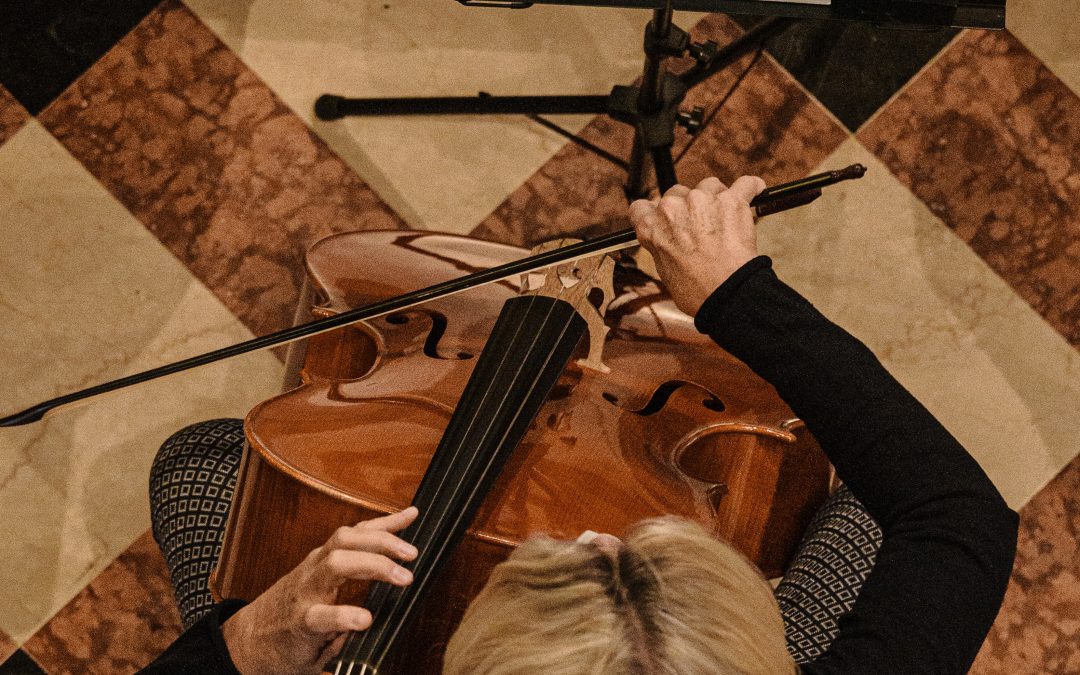 On 21st March, 2020, I attended a performance of a ballet Geisha at the Grand Theatre, Leeds. It was the last night of the show, prematurely closing because of rising concern about what we then called the coronavirus. Walking back to my car after a riveting evening, where movement and music were married in something far more than mere entertainment, I overheard some of the orchestral players discussing their future. I rather cheekily butted in to thank them for their wonderful playing, and was horrified to learn that the majority of them were expecting zero future financial security in the event of closed theatres; their work was freelance. A small minority of instrumentalists and singers were salaried, and – as the weeks and months of lockdown unrolled – became subject to furlough or other payments. But only some of them. Forty-eight hours later, the UK was in lockdown. In November 2021, it was estimated that a third of professional musicians were still earning nothing, and ten per cent were earning less than a thousand pounds a month.

Creative artists in the performing arts (and the technicians who support them, from chippies, to lighting engineers, to costume and stage designers, not to mention) suffered irreparable losses during lockdown – it simply was not feasible to employ people whose work entailed gathering large numbers of people together in crowded places. Many became delivery drivers, or ‘reskilled’ to perform jobs which took no account of their years of specialist training, the discipline of daily practice, the precarious nature of touring and antisocial working hours. Maybe we remember the outcry (and ultimate suppression) of one of the government-backed advertising campaign to encourage unemployed people to retrain: it featured a ballet dancer, lacing her point shoes on, with the wording: ‘Fatima’s next job could be in cyber (she just doesn’t know it yet.)’

Quite apart from being an important, if fiscally apparently insignificant, part of the economy, creative and performing arts offer so much to the well-being of society. They give us routes into deeper levels of understanding (of self and others) that go beyond words. They foster the use of imagination; connect us to the full gamut of emotions and experiences; encouraging empathy and insight; they encourage us to find and appreciate new forms of expression. They create beauty. It was heart-breaking to be denied this during lockdown, both as an amateur performer and as an audience member, though of course digital alternatives went some way to filling the gap. What a complete delight it was, then, to be invited back into the concert hall (wearing a mask, having done a lateral flow test) to experience one of the semi-final concerts of the Leeds Piano Competition.

The Leeds Piano Trail, the brainchild of Dave Cartwright and Sam Berrill, empowered local communities to get hands-on experience of pianos by participating in projects focusing on the theme of ‘Growing Stronger Together.’ I greatly enjoyed attending workshops run by artist Rosie Vohra, whose ‘paired sculpture’ called ‘The Elephant in the Room’ reflected on colonialism and the ivory trade’s connection with pianos (the white keys used to me made of ivory). And I’ve mentioned in previous blogs in this series the empowerment enjoyed by poets and performers in the adaptations we made to ‘our’ own piano in the Nelson Mandela Gardens, adjacent to Millenium Square, during the piano festival. So after all this active engagement with these visual delights, was it a purely passive experience to sit in the Great Hall of the University of Leeds, and listen to some of the world’s most promising and talented young performers being put through their paces? For performers – like writers – their work fully comes alive when it is received and responded to by their auditor/reader/viewer. In that dialogue between artist and audience, there is a deep connection, a fulfilment of the highest level of human existence, the privilege that comes to those whose basic needs for shelter, food and so on are being met. Aristotle’s Poetics discuss the concept of catharthis, the almost cleansing release that comes from expressing deep emotions. When we are ‘taken out of ourselves’ by being deeply moved, we return to daily life refreshed, energised, renewed. The highlight for me in the concert I was privileged to attend in September 2021, was a performance of the Dvorak Piano Quintet, played by the flamboyant South Korean Hyunjin Roh, a precocious twenty years old. I remembered, and was moved to tears to hear again, the haunting refrain, a dropping minor arpeggio motif, so evocative of the grief caused by the pandemic. I was enthralled by the lyrical playing, and the sense that this young pianist was giving this performance everything she had, emotionally, physically, mentally. But I also looked at the faces of the string players, members of the Castalian Quartet, who were supporting the soloist. Chamber music playing requires the ultimate in co-operation and sensitive listening and responding to each other, a mutual empowerment through careful attention, disciplined turn-taking; the ability to react in an instant to a nuance of interpretation, all underpinned by deep, deep knowledge of the music and the craft of their playing ability. What amazing lessons society at large could learn; that musicians empower each other, by respectful listening, by a synthesis of strength and agility, by making a space of beauty to refresh those who share it.