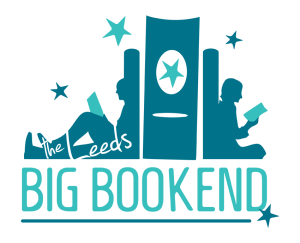 As a major partner in the Leeds Big Bookend Festival, the Leeds Church Institute (LCI) is hosting a stream of socially engaged and participatory literary events for the festival. Come and join us for a thought-provoking day that celebrates the rich diversity of Leeds. LCI is located opposite the Corn Exchange and above the shop, Out of this World.
From Agent to Author with Jennifer Kavanagh Sat 6th June @ 12.30pm – 1.30pm Leeds Church Institute, LS1 6DG Free but booking is recommended. To book, phone 0113 391 7928 or email events@leedschurchinstitute.org Jennifer will talk about her first novel, The Emancipation of B, and how it feels to write fiction rather than non-fiction, moving from being an agent to being a writer. She is published by Roundfire. B is not a child of his time. As an outsider, he hides his secrets well. Freedom is all he dreams of. But when it comes at last, it is in the most unexpected way – and at a considerable cost. Jennifer worked in publishing for nearly thirty years, the last fourteen as an independent literary agent. In the past ten years she has run a community centre in London’s East End, worked with street homeless people and refugees, and set up microcredit programmes in London, and in Africa. She has also worked as a research associate for the Prison Reform Trust and currently facilitates workshops for conflict resolution both in prison and in the community. She is now a leader of workshops and retreats and in the last twelve years has written seven books of non-fiction.
SJ Bradley: Short Story Workshop, Ideas are Everywhere! Sat 6th June @ 1.00pm – 2.30pm Leeds Church Institute, LS1 6DG £3, max of 12 places. Tickets from http://www.bigbookend.co.uk/events/ In this practical, fun workshop, you will discuss ways of pulling short story ideas out of thin air. What is an idea, and where can you find them? How can you bring tiny, disparate threads from your everyday lives into story-shaped pieces that others will want to read? With prompts, ideas for structure and narrative, come prepared to work hard, think and get involved, and leave with your head buzzing with inspiration. Things to bring along: a notebook or something to write on, a fair bit of enthusiasm, and a willingness to get involved. SJ Bradley’s short fiction has appeared in December magazine, Untitled Books, the LS13 anthology, and Toasted Cheese. In 2013 she was shortlisted for the Willesden Herald prize and her novel, Brick Mother, is published by Dead Ink Books. She is the curator & organiser of Fictions of Every Kind, a Leeds-based non-profit literary social.
Max Farrar: Islamism & Terror: A Western way of doing politics? Sat 6th June @ 2.00pm-3.30pm Leeds Church Institute, LS1 6DG £3 from http://www.bigbookend.co.uk/events/ Max will be looking at the ‘who, how and why’ of what we call terrorism and our responses to it. The UK media’s reduction of Islam to Islamism, and its reduction of jihad to terrorism, and its blaming both of these misunderstandings on multiculturalism which makes it almost impossible for us to have an intelligent discussion. In this talk, Max Farrar will enlighten those who know little and provide space for dialogue, in the company of people who will know more than he does. Supporting speaker to be confirmed. Max Farrar is a sociologist and activist who has lived in Leeds since 1968. Most of his work has centred on the Chapeltown area of the city. He retired from Leeds Met/Beckett University in 2009. He is co-editor of Islam in the West – Key Issues in Multiculturalism (Palgrave Macmillan, 2012). His chapters in that book are titled ‘Multiculturalism in the UK: a contested discourse’ and ‘Islamism and terror: a Western way of doing politics’. His reflection (2006) on the bombing of London by young men associated with the Beeston area of Leeds was titled ‘When Alienation turns to Nihilism: the dilemmas posed for diversity post 7/7’. His writing is available at maxfarrar.org.uk
Philippa Lester and Diane Saunders: From the Leylands to Leeds 17 Sat 6th June @ 2.30pm – 4.00pm Leeds Church Institute, LS1 6DG Free but booking is recommended. To book, phone 0113 391 7928 or email events@leedschurchinstitute.org Published in November 2014 and selling over 800 copies, From The Leylands to Leeds 17 was co-authored by first time published writers Philippa Lester and Diane Saunders. In this event, they will explain how a small one off community project became a 400 page coffee table book encompassing over 100 interviews, many family photographs and documents and hours of writing during the four years they took to produce the book. Philippa Lester worked in Further Education for many years. After retirement she turned social entrepreneur and wrote From the Leylands to Leeds 17 together with Diane Saunders. Diane works in Financial Services and has many other interests including politics and community activism.  They continue to work together on other literary projects.
The full BBE programme can be downloaded here.