An Advent Reflection on a Mother's Pain 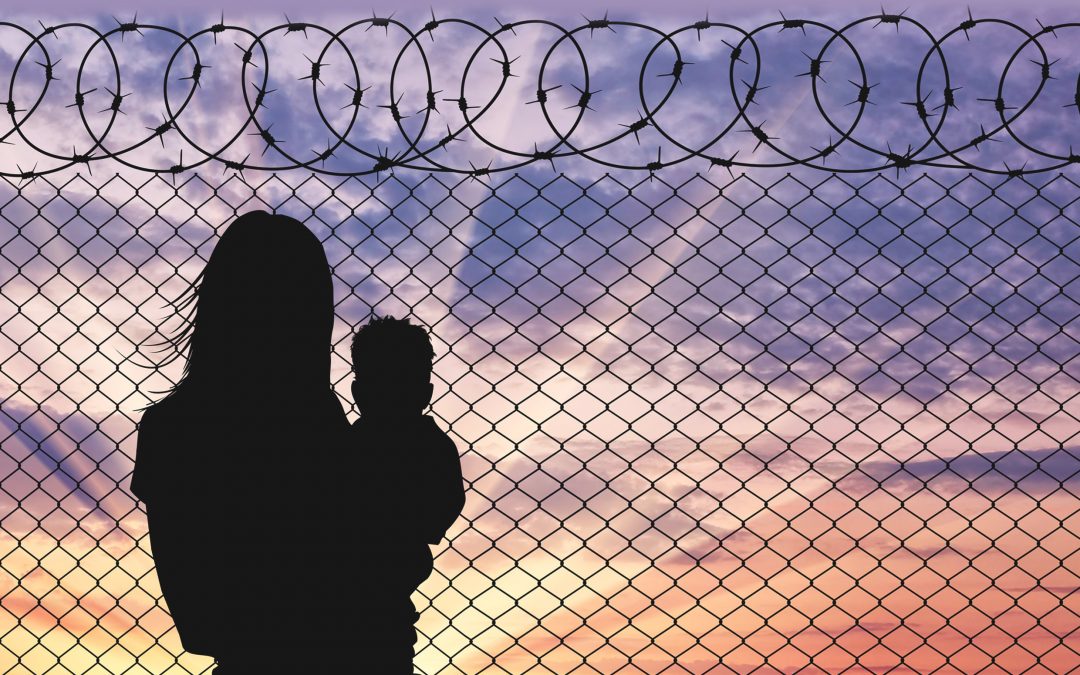 Author David Rhodes tells a story that bridges the centuries.

The scene is familiar. A young woman is giving birth to a child. She and her people live in a land ruled by oppression and fear. A foreign invader has overrun their country. Everywhere there is injustice and suffering. But, despite that, this is a time of rejoicing. The baby born this day is healthy and it is a boy.
Many will rejoice that he was born. He is destined to be great in the land. He will give his life seeking freedom for those in captivity and bringing good news to the poor. He will be a person of true compassion, expressed in a powerful sharing in the suffering of the people.
The mother does not know this as she holds him in her arms. Like all mothers before her, she wonders what the future will bring for her child. She does not know yet that he will be a sign that many will reject, and that a sword will enter her own heart also.
Who is this baby boy? We might be talking about the Christ-child or that strange figure, John the Baptist. But the child born on 18th December nearly seventy years ago is neither, although he will bring to his own world a passion for justice and a love of humanity found in both these people.
The child’s name is Stephen Biko. He was born into South Africa disfigured by the evil of apartheid, a beautiful country where greed had consigned the black population to slavery. Apartheid was a system of racial segregation created to legitimise cheap labour and to create fabulous wealth for the powerful white minority.
An intelligent boy, Steve Biko grew up in a poor family. Thanks to the hard work and dedication of his mother, Alice, he was able to go to college to study to be a doctor. But the family’s hopes for his success in medicine were to be dashed. As the political situation worsened in the early seventies, Biko abandoned his medical studies to join the non-violent Black Consciousness movement in South Africa.
The story of his life is as turbulent as the story of the nation into which he was born. He became a key national figure in the struggle for justice and played a vital part in helping his own people to rediscover their traditions and values. He opposed the idea that all concessions must be handed down as an act of charity by the reluctant whites, like crumbs from the rich man’s table. The black person was a noble part of creation, independently of any reference to white culture.
Although he was part of a non-violent movement, Biko inevitably fell foul of the white power elite and on 7th September 1977 he was arrested by the South African police. In police custody he was tortured and subjected to severe beatings. As a result he suffered massive head injuries.
Three days later he was put in the back of a police Land Rover and driven, naked, for 700 miles from Port Elizabeth to Pretoria. Twenty-four hours later, on 12th September 1977, he died from his injuries. He was 30 years old.
Steve Biko was not a saint but he was almost certainly a martyr: a witness giving his life for the possibility of hope in the bloody tragedy of his nation.
In his struggle for truth and humanity he developed a deep faith in God, but a profound hostility to what he saw as the cold and cruel religion of the immigrant colonial church. He rejected the distorted image of the Christ person presented by the white European culture, and yet in his own life lived out the love of God. A close friend, the holy and wise monk Aelred Stubbs, a man not given to sentimentality, said on one occasion that life in Biko’s company was like the Kingdom of God.
Biko’s life was dedicated, not to violence, but to truth and justice. He demanded recognition of the truth that the black person was a full and complete human being, and justice required that truth be lived out. He rejected the Western image of a passive God who allows injustice to go unchallenged; instead he believed in a God passionately concerned about the lives of the poor and oppressed.
When reflecting on Steve Biko’s birth in poverty, his life of care and compassion for the oppressed, his humour and vitality as a human being, and his death at the hands of the police, I cannot help being struck by some important similarities with the story of Christ. It is important to learn from his life and it can also inspire us to think where we can see the Christ light shining against injustice in Leeds today.
This article was adapted from the chapter ‘A Mother’s Pain’ in The Advent Adventure by David Rhodes, published by Triangle in 1998