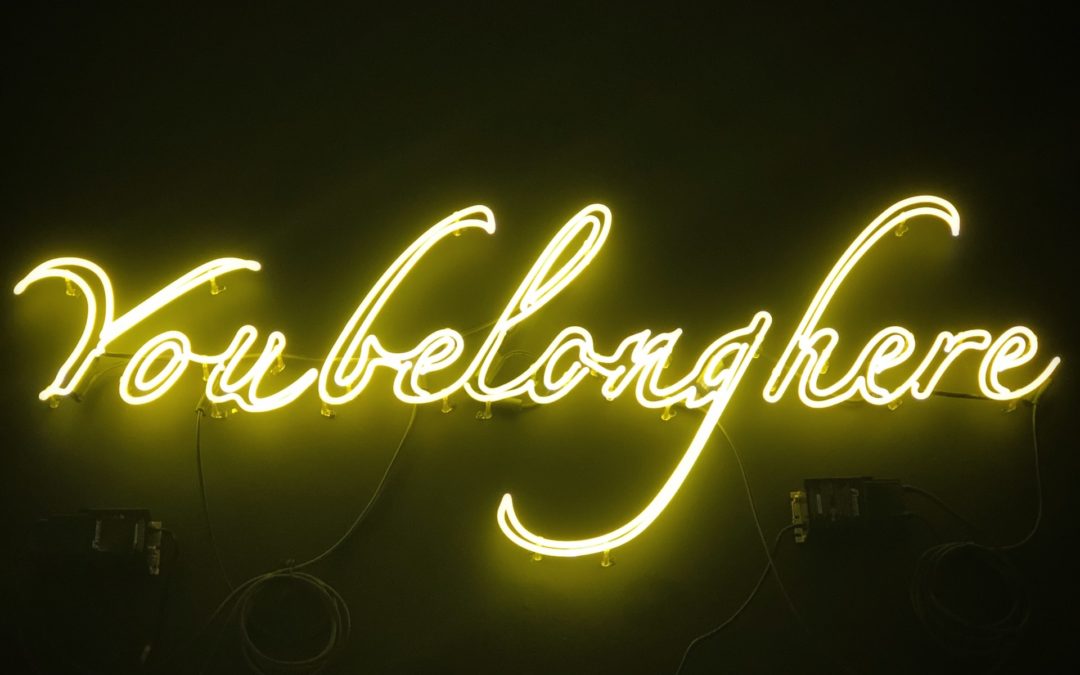 Our Poet Theologian in Virtual Residence, Hannah Stone, is considering three words commonly used to shape or define religious faith and community – believing, belonging and behaving.  This week, Hannah focuses on the second of these words – belonging –  and shares her poem ‘Outsider’. 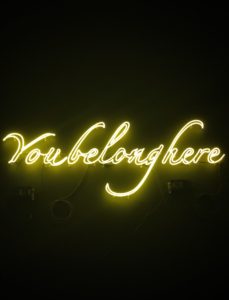 Last week I mentioned three words commonly used to shape or define religious faith and community – believing, belonging and behaving. It’s noticeable that each of these is a verbal form. When I was at school were simply told verbs were ‘doing’ words (but that was in the days before nine year olds were expected to understand frontal adverbials!) Last week I looked a bit at believing. The basic beliefs of Christianity are expressed in the creeds hammered out through discussion in the first five centuries after Christ was born – and to this day different Christian denominations have slightly different interpretations of them. Some people express their Christian faith by sharing time and worship with others who have broadly similar beliefs; they belong together as a chosen family. So belief and belonging connect to each other, through the communities of which we are part.

I belong to a number of different communities, many of which, especially those involving singing or speaking in public, have had to be adapted or suspended; two choirs, many poetry groups, a book club, Leeds Library, an allotment community –and more besides, including family, former work colleagues and peers with whom I studied. We can also belong to places; as you read this, I will be where I feel I ‘belong’, a cottage on the Pembrokeshire coast where I stay every year for a writing break. As I cross and recross the Welsh border in my rural drive there, I have a sense of travelling to where I belong. A Welsh word which encompasses something of this is hireath, the longing to be home. In Passover celebrations, the scattered global diaspora of Jewish people , say the words ‘next year in Jerusalem.’ As we move on to considering the theme of refugees, we will surely think about where people may belong if they cannot stay in their own home.

This poem talks about different ways of belonging. It came into my head while I was singing, with other choir members, in Leeds Minster –though I promise I didn’t not start writing it until after the service had finished! I am often stuck how Jesus ministers to those who are shunned for not belonging to the mainstream or dominant Jewish community; they are on the margins.

‘For peace you need human company’

At evensong, the sermon yoked forgiveness and loneliness,

and a Samaritan girl drawing water at a well.

Half-listening, I prepared for the tricky entry

waiting for the preacher to link his themes.

the homily had prised open my carapace.

I had become the outsider at the temporal fountain,

eyeballing the Rabbi himself

as he offered unending refreshment

to those who sought the unity of peace.

I imagined his gaze healing these women

that in finding him, they had wholly lost themselves.

Thanks to Amer Mughawish for the image.