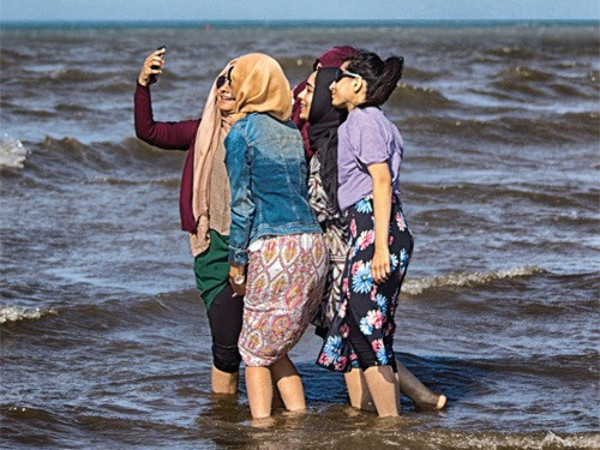 Philip Lewis and Sadek Hamid joined us to talk about their book British Muslims, a well argued, evidence-based, exploration of what it means to be a Muslim in Britain today.

A new generation of Muslims – activists, academics, religious scholars and professionals – are drawing on contemporary reformist thinking emerging from outside their parents’ or grandparents’ tradition and are using this to inform their activism. This positive new thinking is traced as it impacts and shapes the burgeoning field of Muslim women’s activism, the formation of religious leaders, what is to count as ‘Muslim politics’, the dynamics of de-radicalisation and what has been dubbed the ‘New Muslim Cool’ in music, fashion and culture.

Philip Lewis is the author of Islamic Britain, Religion, Politics and Identity among British Muslims (2002) and Young, British and Muslim (2007). Before retiring, he spent 15 years teaching MA modules on ‘Islam in the West: the challenge to co-existence’ and ‘Religions, conflict and peacemaking in a post-secular world’ in the Peace Studies Department at Bradford University, as well being the Inter-Faith Adviser to Bishops of Bradford for almost thirty years.

Sadek Hamid is Senior Researcher at the Oxford Centre for Islamic Studies at Oxford University. He has written widely about British Muslims, young people and religious identity formation. He is author of Sufis, Salafis and Islamists: The Contested Ground of British Islamic activism, (2016), Editor of Young British Muslims: Between Rhetoric and Real Lives (2017) and co-editor of Youth Work and Islam: a Leap of Faith for Young People (2011).