Faith and care for creation; the view from Tanzania – By Revd Canon Dr George Otieno 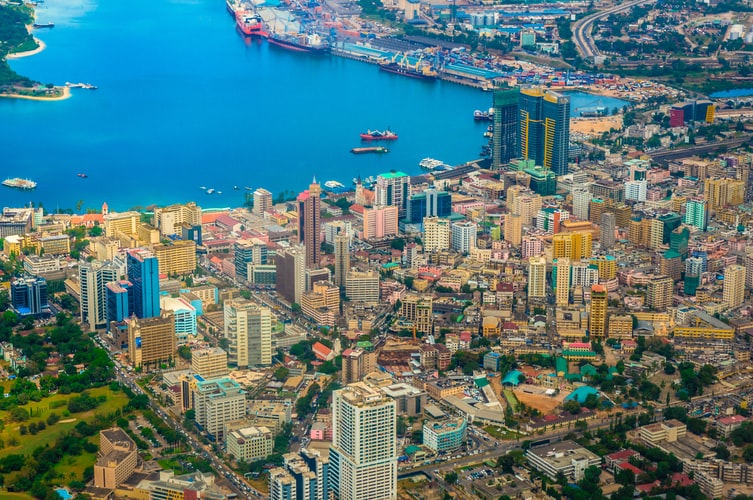 Colonialism and Christian mission transformed landscapes and ecologies in places like Tanzania. The expansion of Christianity during the last two centuries has led to extensive economic and cultural transformation with a direct and hugely significant impact on creation and care of creation.

Colonialism marks not only the commencement of the stealing of people’s humanity and ecological understanding, but also the separation of their identity and meaning of life from the biosphere that sustains us. It imposed adversarial theologies and politics that changed indigenous ecologies and landscapes of life in ways that are still powerful. African Christian ecology today needs to challenge this as it considers the climatic, vegetational, geographical and other natural factors and our ability and willingness to change the present economic and moral traditions of abundant life.

While some post-colonial Christians have visibly improved their ecological concerns by realigning themselves with Eco-theology, big masses of our mainline churches remain the replica of their colonial culture. The heart of this article is to examine the legacy of colonial missions and what is being and needs to be done in response to concerns for care of creation today and in the future.

Colonialism in both political and missional forms became and remains arguably inseparable from the history of global environmental change. It locked disparate human societies together over a wider area than any previous imperial expansion. At the same time, European consumers and manufacturers sucked in resources that were gathered, cut, hunted, fished, mined, and farmed in a great profusion of extractive systems. Natural resources were wrongly seen by colonialists as infinite, and the same misunderstanding was imposed upon the oppressed.

Colonial missions and missionaries were integral to achievement of economic intentions. A clear example here would be Dr David Livingstone, a well-known Victorian missionary to Africa who proposed the mantra of: Civilization, Commerce and Christianity as the inseparable wings of mission. Livingstone’s mantra is popularly known as the 3Cs. Addressing the Senate House in Cambridge in December 1857, Livingstone said:

I beg to direct your attention to Africa: I know that in a few years I shall be cut off in that country, which is now open; do not let it be shut again! I go back to Africa to make an open path for commerce and Christianity; do carry out the work which I have begun. I leave it to you.

In British colonial thinking, more intensive utilization of land was often thought of as improvement, progress and civilization. Such linking of Christianity and commerce implies that Christian spirituality directly supported overutilization of land which has such negative environmental consequences to this day. This suggests a possible thread of connections between colonial Christian spirituality, consumer cultures and environmental degradation.

Colonialism was also inseparable from the history of global environmental change through increased city living. European cities sought raw materials of all kinds, from timber and furs to rubber and oil. Colonial cities became great conurbations thereby fundamentally changing relationships between people and nature. In Tanzania, the natural resources of minerals and energy were and are extracted by multinational companies while leaving poor communities landless within their ancestral land.

Furthermore, colonialists established plantations that transformed ecologies. Settlers introduced new methods of farming while also displacing indigenous people and their traditional methods of managing the land. Colonial missionaries went around those metropolitan cities and rural areas separating people from their indigenous ecologies of belonging through conversion. Some evangelical preachers preached against the sacred places that were long preserved by the hosting communities and in some places those sacred places are no longer existing as result.

The impact of colonial missionary teaching and adversarial colonialism have significantly contributed to escalating forms of disconnections and exploitation of nature. Since nature was treated as a mindless resource, such capitalistic ideologies have created what might be referred to as the artificial culture. This has brought in its path ecological, social, and moral desecration, and it has generated a plethora of other problems, such as catastrophic economic models and political domination. A church that conforms to such catastrophic culture is destined to lose its earth-honouring identity and to compound its problems by making deficient maps and conversations for action.

As the concern for the ecological redemption grows, it is increasingly important to reconsider possible avenues towards ecological restoration and morality. Every person is born to ‘belonging’ and is divinely ordained to participate in constructing mutually enhancing life connections and relationships. In seeking for the remedy that can transform us individually and collectively, we all need to radically embrace decolonization and participation.

Decolonialisation provides an opportunity for the indigenous to reclaim control over their moral traditions of natural resources. Although the colonial legacies of land use, planning and morality remain powerful, a decolonization process will invite indigenous people to reclaim their place and role in the community and beyond.

Participation is primarily about relationships between peoples and their natural environments; and between people and God. It implies an integrated life and a way of thinking that inspires people to behave differently, work for the common good, and embrace ecological consciousness. Perhaps the only way out of the ecological problems of our time is to return to our roots and respect our God-given ecological values and framework.

Having participated in the spread of capitalistic civilization that bred existing ecological challenges, the Church should embrace more critical and constructive ecological education. Nothing other than a radically changed outlook is needed from the church concerning the way life is lived, and participation in the conversation around ecological ethics and practices. The church and her theologians are called to find a new voice, reformulating divine concern about nature, landscape of mission, and heritage, while at the same time challenging views about who has the right to regulate our life-giving nature. We need to contend for ecological morality being part of church and seminary curricula and to connect the church with groups in society already ahead of the church in this area.