Give my heart – Poet Theologian Hannah Stone’s reflections for Christmas 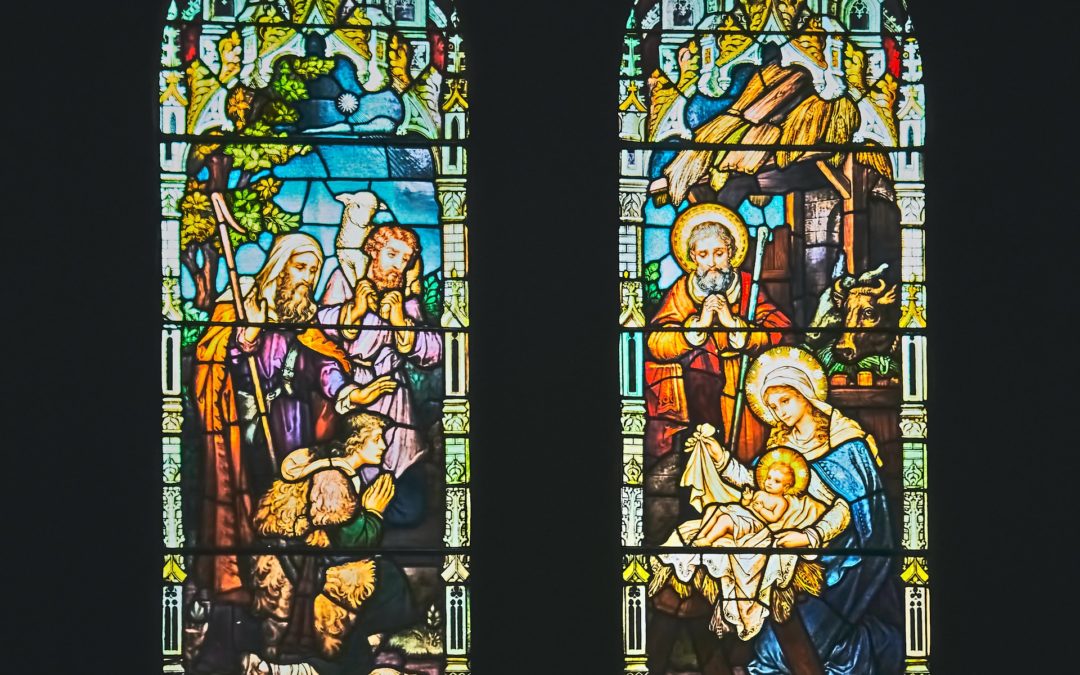 This is my penultimate blog as poet theologian in virtual residence and will be the one for you to read over Christmas itself – quite a responsibility! There is so much great poetry and art which illustrates aspects of the Christmas story, it is hard to choose just one image to share. I’m writing this on St Lucy’s Day, the 13th December, the latest in a string of tupperware-grey winter days when it seems the sun is too weary to show itself. St Lucy was an early fourth century benefactor who reputedly wore a crown of candles so that both her hands were free to minister to Christians hiding from persecution in the catacombs of Rome, bringing literal and metaphorical light into dark places. I turned to one of my most well-thumbed books, the complete works of John Donne which I bought brand new as a student of English Literature in the seventies (hence the archaic spelling and grammar, as Grierson’s edition retains this). The wonderful but perplexing poem ‘A Nocturnall Upon S. Lucies Day, Being the Shortest Day’ is essential reading for me at this time. Ostensibly a love poem, it talks of renewal in the midst of darkness and despair, the way new things seem to come out of nothing, and it starts with lines which seem so apt this year, especially with the image of light being masked!

‘Tis the years midnight and it is the dayes,

The Sunne is spent, and now his flasks

I’ve mentioned before how nourished I am by participating in choral singing. I often debate with fellow singers the relative merits of different settings of my other chosen poet, Christina Rossetti, whose ‘In the Bleak Midwinter’ was set by different composers in the early years of last century. For me, that by Harold Darke wins hands down. Not only does it have a soaring tune, but solo verses which let you focus on the words. The final verse cuts through all the busyness, cost, and effort of modern Christmas to the simple truth; the best gift for the Man-God who gave Himself to humanity is a reciprocal gift of love.

‘What can I give him

If I were a Shepherd

I would bring a lamb.

If I were a Wise Man

I would do my part,

But what I can I give him –

This recording of the carol is by The Sixteen, and is accompanied by a film of wintery pictures by Joseph Farquharson.

May you receive the gift of the peace of the Christ Child this Christmas, the hope of light in the darkness as days lengthen, and, as the new vaccines are administered, renewed health and confidence to participate once again in all that is offered by our communities in Leeds. Thanks for reading.