How good was life in the past? 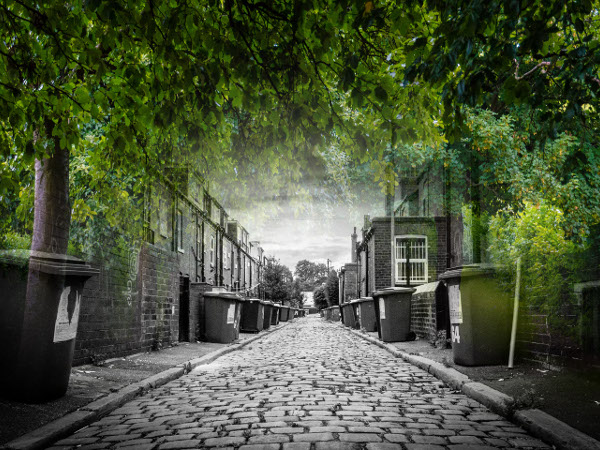 How good was life in the past?
Deacon Jenny Jones
I recall my Nanna saying ‘I can remember the days when you could walk from Southgate to Finsbury Park through fields’. (I’m showing my north London roots here). Now with the exception of a few parks the whole area is inner city/suburban sprawl. Those memories are little over 100 years old and are immensely different from the memories of a family who have farmed land for hundreds of years. For their memories are shared with their ancestors; memories built around the cycle of nature and of waiting for seeds to grow, crops to ripen, harvest to be gathered in. The same waiting occurs around the nurture of animal stock.
Cities have a very different remembrance from rural areas – the memories are far shorter and far more intense. Every sense of what a city is, is built up rapidly; the growth is enforced by newcomers joining with those already there; new industries being introduced alongside the old. As a result of the fusion of old and new, remembrances are not naturally grown, but tend to be constructed. The result of this is that the understanding of who we are, and what we stand for, is built on a different basis from our rural cousins.
Looking back at the history of Leeds we can see the change from a small community of 3,000 in 1600 to the vast metropolis with a population of 750,000 we know today. The increase was not steady, and was driven by changes in industry, the decline of the rural economy and continual immigration. Archive records show that the vast majority of those coming to live in Leeds had no previous contact with the city. They also show the rapid rise of the Jewish community, although the figures do not tell the full story, i.e. that Leeds was only a stop-over point for many Jews heading for America. We can look at the social history over this period, but can we relate to the events of the past that changed people’s understanding of who they were and where they belonged?
Most of us will remember the brilliant opening ceremony to the London Olympics in 2012 directed by Academy Award-winning British Film Director, Danny Boyle. One commentator described the show as ‘a love letter to Britain’. The show opened with an idyllic depiction of rural life until stagecoaches arrived bringing businessmen and early industrialists. Soon the tranquil scene was transformed into an industrial landscape with smoking chimney stacks, beam engines, looms and a crucible. The relentless rhythm of the music and repetitive mechanical movements by the actors brilliantly illustrated the incredible changes that happened in a relatively short period we now describe as the Industrial Revolution.
That constant inevitable change changes us too. In cities our understanding of remembrance is far shallower, but it is also far more fragile. In essence, cities have to constantly restructure themselves and then reinvent their remembrances as best they can, given a ridiculously enforced rate of population change.
What is perception and what is reality? How good was life in the past? What do you think of when you think of the history of Leeds? Back to back housing? Mills? Pollution? Poverty? Still we look back and think we have lost something. ‘We were poor, but we were happy’, or ‘You could leave your back door open’ are phrases often heard. Were people really happy living in such grim conditions? Maybe you could leave your back door open because there was nothing worth stealing.
For most people life was pretty awful. Back to backs had no proper drainage and communal toilets were used by dozens of families. Disease was rife. 170 years ago a new Moral and Industrial Training School and a new Workhouse were built in Leeds. The school attempted to provide 3-4,000 children with elementary and skills education and its aim was to break the cycle of family pauperism, but the reality was that children were forcibly separated from their parents.
Do we actually want to remember or do we want to create stories that bring us false comfort? The history of Leeds will have been written by the healthier, literate, church-going people in the north and not by the cholera-ridden illiterate of the south. I wonder what stories they would tell. Somehow I doubt we would find them cosy and reassuring tales that would make us feel good about the country that the tabloids love to call ‘Great’.
Many of the Bible narratives come from city locations. Of course, their cities bear no resemblance to our modern cities, but we can learn from them. God tells the exiles in Babylon, through the words of Jeremiah, that they should “build houses…, plant gardens…, take wives and have sons and daughters …, seek the welfare of the city where I have sent you into exile and pray to the Lord on its behalf, for in its welfare you will find your welfare.” Wherever we are, whether by choice or not, we have to change and adapt; we have to accept new ways of being.
The principal problem facing the Church in every time and place is to answer God’s question “I am doing a new thing, do you not perceive it?” Our desire to take false warm comforting remembrances of times that never really existed and pull them around us is so tempting that we fail to see that God is always doing something new.
Bishop John Robinson asked a very important question: if we are invited to view the world and the church in terms of a river and a rock, why do we always think of the church in terms of the rock? If you want to remember, remember change; remember freshness out of sterility; remember hope out of despair.
Deacon Jenny Jones has been the deacon at Oxford Place for the past seven years.