I was a stranger, and you took me in 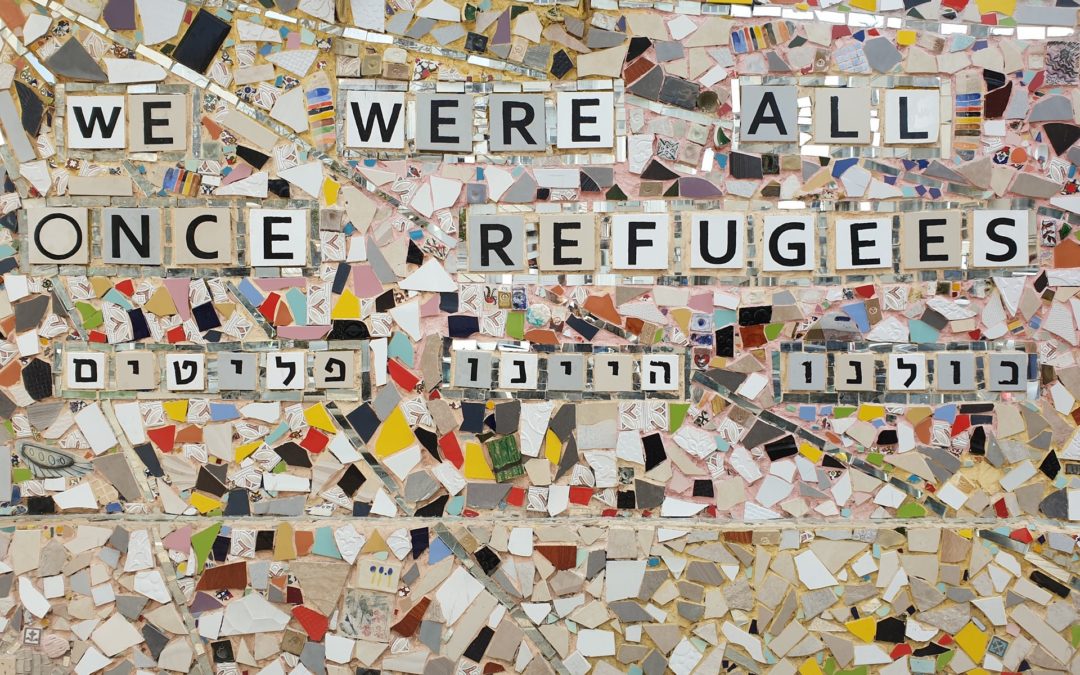 Our Poet Theologian, Hannah Stone, asks “Can we keep a light burning in our hearts, a light of compassion to shine into the darker corners of the world where oppression and hardship force people to make terrible decisions about their futures? In the autumn, Leeds Church Institute will be focusing on refugees. Let’s see how we can engage poetry in that reflection.”

For me, last week’s news was dominated by less domestic affairs than the creeping up of R rate and anxieties about further local lockdowns. The catastrophic explosion in Beirut and the contentious issue of a record number of asylum seekers found floating in the English Channel were connected in my mind by similar Christian teachings – the impetus towards charity and relief of suffering, and the requirement to welcome the stranger and house the naked (Mt 25). The aftermath of the accidental detonation of thousands of tons of ammonium nitrate was not only the immediate homelessness of 300,000 people and injury of 5,000 people, not to mention a rising number of fatalities, but an uprising of anger against the negligent and corrupt leadership that had left Lebanon vulnerable to this avoidable tragedy and the likely destitution of many of its people. And we know that many of the refugees who make the treacherous journey across the busiest shipping lane in the world are often fleeing persecution resulting from just such political protest in countries where to demur from the party lines risks execution. Somali-heritage, Kenyan-born poet Warsan Shire writes powerfully about this in her poem ‘Home’ (Teaching my Mother how to Give Birth, Flipped Eye).

no one leaves home unless

home is the mouth of a shark

you only run for the border

when you see the whole city running as well

your neighbours running faster than you …

you have to understand,

that no one puts their children in a boat

unless the water is safer than the land

no one burns their palms

feeding on newspaper unless the miles travelled

means something more than journey.

And what should our response be, from the relative comfort of our homes in the UK? In the midst of the horror of the sudden destruction of the port of Beirut, there were some glimmers of hope. Lebanon is a multi-cultural, poly-religious country, with very significant numbers of Christians of various denominations alongside Muslims and other faiths. An orthodox priest was interviewed against a backdrop of the ‘before and after’ of his church; whilst the nave where the congregation worship was damaged, the altar (in that tradition only accessible to priests and deacons) survived unscathed, with the lamp still burning. This recalled the story in the Jewish tradition (commemorated in the festival of Hanukkah) of the miraculous cruse of oil which survived the destruction of the temple, a quantity only sufficient for 24 hours which continued to burn for eight days.  Can we keep a light burning in our hearts, a light of compassion to shine into the darker corners of the world where oppression and hardship force people to make terrible decisions about their futures? In the autumn, Leeds Church Institute will be focusing on refugees. Let’s see how we can engage poetry in that reflection.