Kubo and the Two Strings and Holding Memories in Community 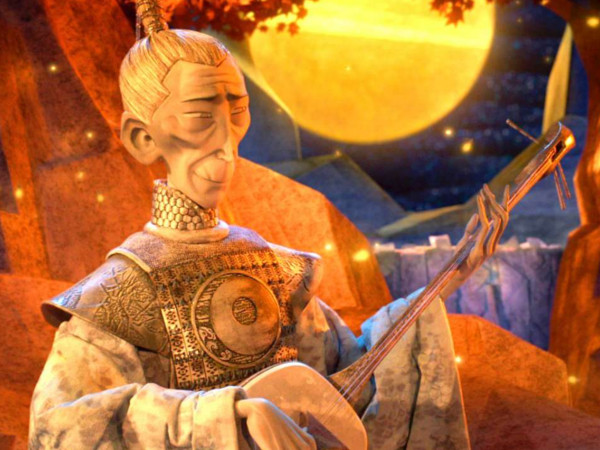 Rev Dr Steve Taylor writes widely in areas of theology and popular culture. This includes a monthly film reviews for Touchstone (the New Zealand Methodist magazine). Here is his review for October 2016.

Recently I shared dinner with the man who gave me my first job out of school. Strong, disciplined and resourceful thirty years ago, today he has Alzheimer’s. Over macaroni cheese and salad, the conversation kept repeating itself. Yes, I was Principal of Knox. Yes, I have two daughters. Such is the cruelty of an incurable disease that slowly strips memory.

Later, over dessert, this same man began to share memories of his school days, some sixty years ago. They included playing cricket with my father, who died recently, an Alzheimer’s sufferer also. Suddenly it was my memory that had holes. Such is the complexity of memories. They are always richer when held in community.

A few weeks ago a friend, Professor John Swinton, (and 2016 KCML Inaugural Lecturer) was awarded the 2016 Michael Ramsey Prize. The Award, for the best contemporary theological writing of the global Church, was for John’s book, Dementia: Living in the Memories of God. Anglican Archbishop Justin Welby, in announcing the award, commended John for tackling one of the most important issues of our time – whether we can value people in other than economic terms. Swinton argues that our responses to memory loss say essential things about how we understand humans. Which in turn, say important things about how we understand God.

Kubo and the Two Strings is one of the finest movies I have seen. An animated story, it is enchanting, a technological triumph driven by the finest of storytelling. Kubo (Art Parkinson), a young Japanese man, is a storyteller who makes the imaginary real as he strums his magical guitar. Attacked by his aunts, Kubo learns he will only enjoy safety if he discovers his father’s sword, breastplate and helmet. He is joined on this quest by Monkey (Charlize Theron) and Beetle (Matthew McConaughey), a samurai with no memory.

In a final climactic ending, Kubo battles not only the aunts, but his grandfather, the Moon King (Ralph Fiennes). Offered immortality, Kubo refuses. To live in the heavens will mean being deprived of the pain and suffering that for Kubo make him human. In the ensuing struggle, the Moon King loses his immortality, followed by his memory.

Lost, unsure of his identity, he finds himself surrounded by the villagers he has previously terrorised. In the absence of memory, the village community offer him another version of himself.

“You are the old man who feeds the hungry.”
“You are the one who taught my children.”
Are the villagers lying? Or are they offering another way of understanding memory?

In Kubo and the Two Strings, memories are not individual but communal. The counseling term is reframing. It is an approach that invites us to view life through a different lens. The theological term is recapitulation. It belongs to a second century Bishop named Irenaeus, who argued that in Christ are remembered all the stages of being human.

One response to those with Alzheimer’s is to regret their loss of memory. Another is for their community to hold more tightly their memories for them. Such is what God whispers in the making of humanity in Genesis 1. You are loved not because you remember, but because you are remembered.

Rev Dr Steve Taylor is Principal of Knox Centre for Ministry and Leadership, Dunedin. He is the author of Built for change (Mediacom: 2016) and The Out of Bounds Church? (Zondervan: 2005) and writes widely in areas of theology and popular culture, including regularly at www.emergentkiwi.org.nz.