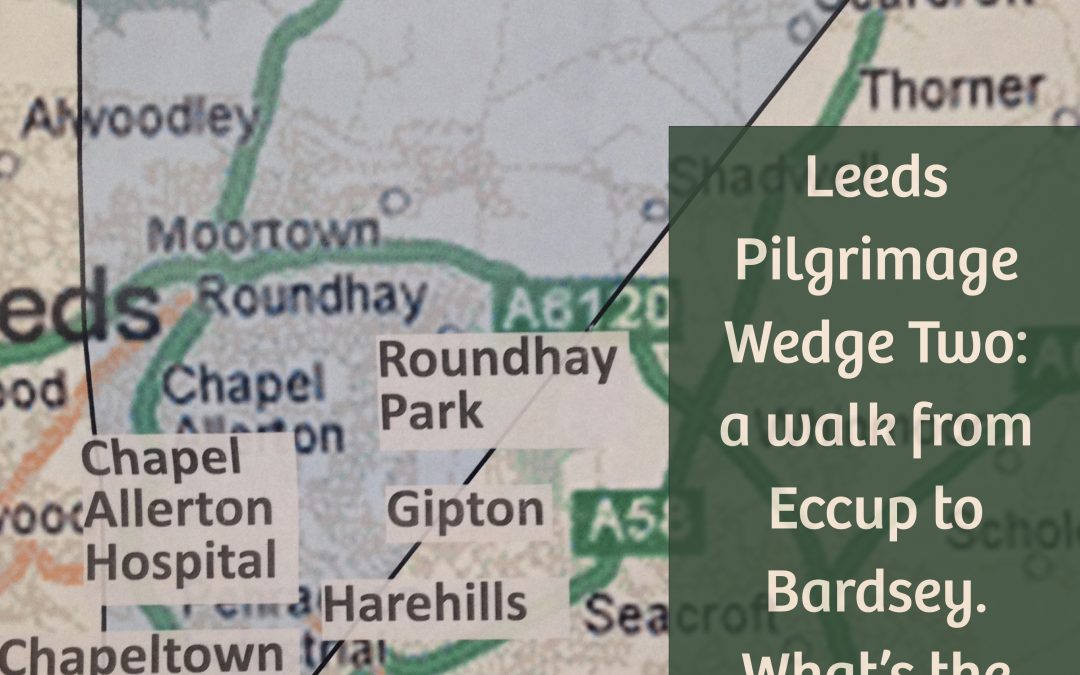 Muck and Migration in the city: second stage of Leeds Country Way Pilgrimage
Autumn was late this year.  Only in the last week or so of September did the prevailing winds shift from southerly to northerly, enabling the start of autumn migration, as birds from Greenland, Scandinavia and Russia start pouring into our country.
A group of eleven of us walked the second wedge of the Pilgrimage, starting near Eccup. Having discussed migrations, as if on cue, in the distance someone spotted a skein of geese flying purposefully south in V-formation. We circled the Harewood estate, viewing the now common red kites spiralling over the woodland.  Red Kites were re-introduced in 1999, having been persecuted to extinction in England and Scotland by the end of the 1800s: one of the most successful conservation efforts of recent times.
The wedges of our year-long walk are drawn taking lines from the beginning and end of each leg on the Leeds Country Way into the city centre. This second wedge includes two important hospitals, St James’ and Chapel Allerton: cue for a prayer. This is one of the most densely populated inner city areas in Europe, including Harehills and Chapeltown, and housing areas where migrants of another kind have found sanctuary in our city.  Pondering this evoked strong contrasts between city and the worked countryside, hedges, farmland, barns and large machinery which we were walking past.  The red kites are no respecters of social boundaries, now forming flight corridors into the city, as common in Chapeltown and Harehills as over the countryside.
What makes a Pilgrimage?  Companionship, shared conversation, encouragement and envisioning. One surprise vision was the distant view of the chalk white horse, cut into Sutton Bank at Kilburn, some forty miles away, as it drifted in and out of sight with passing sunlight and cloud. “En-vision” of a different kind was the logo emblazoned on a double decker bus which suddenly appeared round the corner of a field at the edge of the Emmerdale TV set.
Gateways became a key image, though most seemed to lead to giant muck heaps, one of which diverted our pathway. Fertile ground for metaphor here. Autumn is a time for hibernation, composting, fertilising, letting go of the old, and allowing things to lie for a while.
Do join us for the third wedge of Leeds Pilgrimage on Wednesday 23rd November. Contact LCI, 0113 3917928 for travel details.