What if stories changed people, referendums and reality? 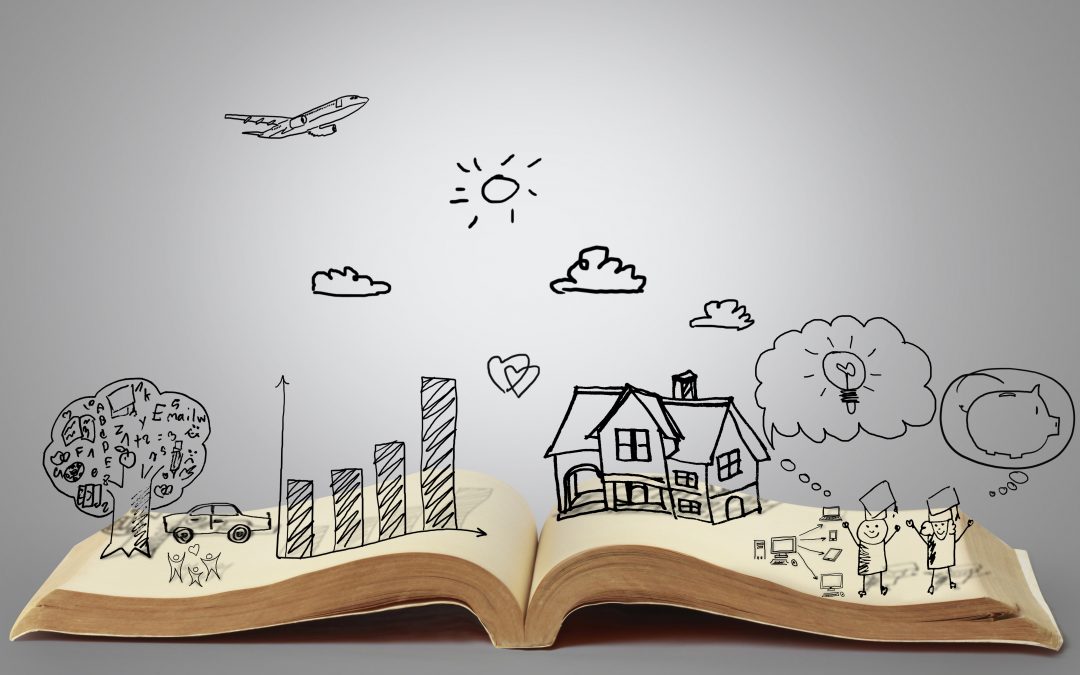 Would you like to join a society of possible histories? We want to change the world.
Last weekend, I was helping recruit new members to the Knaresborough Society of Possible Histories, as part of Release the Hounds Festival.
As part of educating new members about the society, we introduced them to three ‘Tour Guides’, each of who told a story from the town’s possible history. They told of:

Of course, these stories aren’t entirely true. But the Knaresborough Society of Possible Histories isn’t so much concerned with what actually happened, as much as what might have happened. It’s interested in the ‘What ifs’.
That’s what stories, in general, are interested in. They ask, ‘What if?’ What if we lived in a totalitarian state run by Big Brother? What if we lived in a world where the fight for power and occupation of thrones was all that mattered? What if we could carry out an experiment to split the dark side of our character from the respectable part?
Because stories are exploring these ‘what ifs’, they not only mirror reality, they challenge and inspire us to think about alternatives. This process of imagining alternatives actually changes reality.
Perhaps that seems like a bold statement – that stories change reality? But our identity, and therefore the way we act, is shaped and motivated by the stories we believe. And the way we act changes the world.
The vote for Scottish independence is a good example of this. The imagery of family used by the ‘No’ campaign is laden with story. But what if we imagine the role each nation plays differently – if we change the story? Would this change our perception of the situation and therefore how we act? When we imagine Scotland and the rest of the UK as partners considering divorce, it may lead us to be less inclined to push for separation, or at least be slower to do so. However, if (as Nick Thorpe argues here) we think of Scotland as a young adult who is ready to leave the family home and have space to develop their own identity, we may come to a very different conclusion. The story we believe shapes our behaviour, and ultimately the reality of the world.
Our personal and community identities are shaped by, and sewn together with, stories. Story affects us on every level – from the personal to the national and international.
Sometimes these stories can be tight-fitting and restrictive, or a lack of story can leave us feeling lost and threadbare.

At the moment, I’m working with a group of recovering addicts. We’re creating a performance called ‘Drink with a Chimp’. A lot of their recovery programme is about understanding the stories they’ve lived with – stories about themselves and others – that have locked them into certain patterns of behaviour. A big part of the programme is about undoing those stories and replacing them with new, more hopeful narratives.

On Saturday 18th October, I’m leading a day of workshops for Wellspring Therapy and Training, to help counsellors (and anyone interested in how stories help shape meaning) understand how exploring narrative might help their clients to identify different endings or recognise lost narratives that are there but submerged by other dominant, troublesome parts. Click here for details.
It seems to me that one of the ways we will be able to work through the aftermath of both community and personal upheaval is to understand the stories that shape us. Without a good understanding of how this process works and without the tools to critique story or even recognise it’s at play at all, we are going to struggle to work through the conflicts that arise.
But unfortunately, we live in a society that very easily rejects the significance of story, while simultaneously spending vast quantities of money on films, books, games etc. ‘It’s just a story,’ we say. ‘It’s good solid facts that are important.’ We say it as if the world is clearly divided into two parts – fact and reality, and imagination and fantasy. But to see the world in terms of a strict duality is generally a mistake. The world is more interconnected than that. That’s why ideas written about as science fiction often find themselves being taken up by science itself. Our imaginations are stimulated, our minds expanded, and this leads us to change the world. The two work together.
For a while, a friend of mine ran a project called Peace School. Its aim was to encourage people to think through how they might become peacemakers in whatever area of life they were in – to move from seeing peacemaking as the territory of campaigners and activists and to ask, for example, what a peaceful school might look like, or a peaceful cafe. A few months ago, I was thinking about this and it provoked an idea. It would be great, I thought, to have a Story School – a place where story could be explored in both understanding and experience. A place where we could talk about why story is important and learn about it from an academic perspective, but also where we could experience stories by hearing, reading and having a go at creating them.

As a result, this year, I am running a series of sessions for the Leeds Church Institute in partnership with The Leeds Big Bookend Festival. The series is called Stories from the Forests of Leeds and will include eight evening sessions. Over the year, we will talk about stories, asking why they’re important, how they make meaning, why there seem to be similar plots that develop across the world, and how context affects the tales that emerge. We will also read a couple of books together and discuss them. Finally, there will be some writing workshops, where we can have a go at creating our own stories, with the hope of doing something with those stories at the end. The series is free and no experience of writing or storytelling is necessary, just a willingness to have a go.
If you’re interested to find out more, contact events@leedschurchinstitute.org It would be great to see you there and together create some stories. What if that could change the world!
Written by author and theatre director, Daniel Ingram-Brown