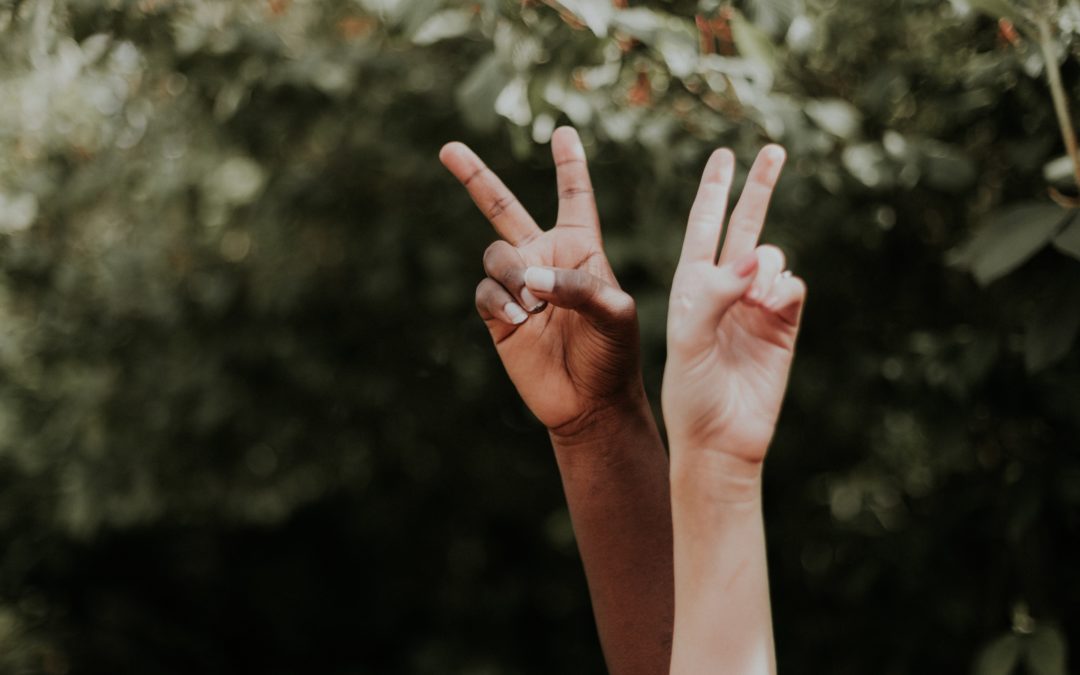 In this post written by Becky Howcroft from Leeds Citizens, Becky shares her reflections and the story of those directly impacted by racism. Please note this post may trigger and has references to strong themes such as the tragic death of George Floyd which some may find difficult to read. This post will be published in two parts.

Why do white churches need to take action on racism?

Pauline* has been a member of her church for more than 25 years. To Pauline, mass and worship in Uganda where she is originally from is synonymous with music accompanied by drums, transporting her into a deeply spiritual place. A few years after joining her current church community, she decided to join the church folk choir which sang at the midday service. The leader was so warm and welcoming; Pauline told her about an idea she had to bring drums from Uganda to accompany the guitar and the other instruments, the choir sang along too. The leader was so excited, so Pauline arranged for her uncle to buy and send the drums. The practice sessions and services themselves are some of Pauline’s favourite memories of feeling a sense of belonging at church.

Unfortunately, the leader left and the folk choir disbanded. Undeterred, Pauline joined the 10.30am choir presenting her drums and offering to play whenever possible. This time it was different. Sometimes she felt welcomed but most times she felt like she was imposing on the group. She was confused when she had less and less opportunities to contribute until moths started eating away at the drums because they were left in the cupboard so long! Ultimately Pauline decided to give them to another church community so that they did not go to waste. She was sad and felt rejected because she was denied the opportunity to contribute her gifts to worship in her church community.

Pauline’s story is sadly not unique. Her experience of rejection, of not being valued for who she is and what she can bring to her church community; of being pushed to the edges. Her story is an example of how racism is an issue which, has infiltrated the church as an institution, rather than being a personal moral failing of a few individuals.

In conversation with a black church leader in Leeds, I asked him why he felt churches as a whole needed to have a conversation about racism and race (not just confine this to a people of colour and the church leadership or set up a “BAME” group)  His answer was simple – it comes down to sin. Racism is a sin – and if it is deep in our history and has infiltrated our culture, our society and even our church institutions, then it is something that will affect the whole body of Christ which means the whole body of Christ needs to be actively led in a process of repentance.  He pointed me to Galatians chapter 3 verse 28 to describe how the church should be if we were really to be taking Scripture seriously “There is neither Jew nor Gentile, neither slave nor free, nor is there male and female, for you are all one in Christ Jesus.”

His reaction to George Floyd’s death and the rising up of street protests around the world was one of weariness – whilst many white people were experiencing a personal awakening to the issue, this was something that he had been fighting for a long time and had yet to see any real change or leadership on from white churches. He felt cautious about getting involved in any antiracism initiative – as he doubted the will of white leaders and white churches to follow through with action.

Sin isn’t a word that we like to use in this modern day world – but this pastor was right, racism is inherently sinful. I am not an expert on the history of racism – but if you just start scratching the surface on the issue, it becomes clear that the sin of racism is systemic and part of our institutions – which means no one escapes. From a very surface level of Scripture, we know that sin is something that God takes seriously – we were created to be God’s image bearers and in the resurrection, we received a calling to become a “royal priesthood.” Racism is something that mars that image, that is not befitting of someone called to be part of God’s priesthood.

Although the vast majority of us would not consider ourselves to be racist – or hold any kind of bias, it’s hard to see how we could have avoided it, having grown up in a world which has been shaped by racism so much. God spoke to this type of sin amongst the Israelites by providing instructions on offerings for unintentional sins in Numbers 15 v 22 – 31. The whole community were to offer a bull as a burnt offering, a grain offering, a drink offering and a male goat as a sin offering. The priest would make atonement on behalf of the whole Israelite community.

Individuals becoming aware of, acknowledging, and confessing their sin it would seem is definitely the first step on the road when it comes to the church addressing this issue of racism. Last year, with the death of George Floyd and the rising up of protest around the UK and the US, a good number of white people started this process, becoming aware of their own bias and privilege and confessing their racism. Some church leaders spoke from the front about the issue and in some churches, conversations began between white church leaders and the people of colour within their congregations.

However, if there is to be widespread change within the church, then a personal awakening amongst the few, and a conversation between a handful of people is not enough. If this is an issue which infects an institution, that means it is the entire body of people within the institution that needs to be led in repentance. Repentance biblically is all about change but not just a change of desire and mind but also of purpose and action.