What is a Death Café? 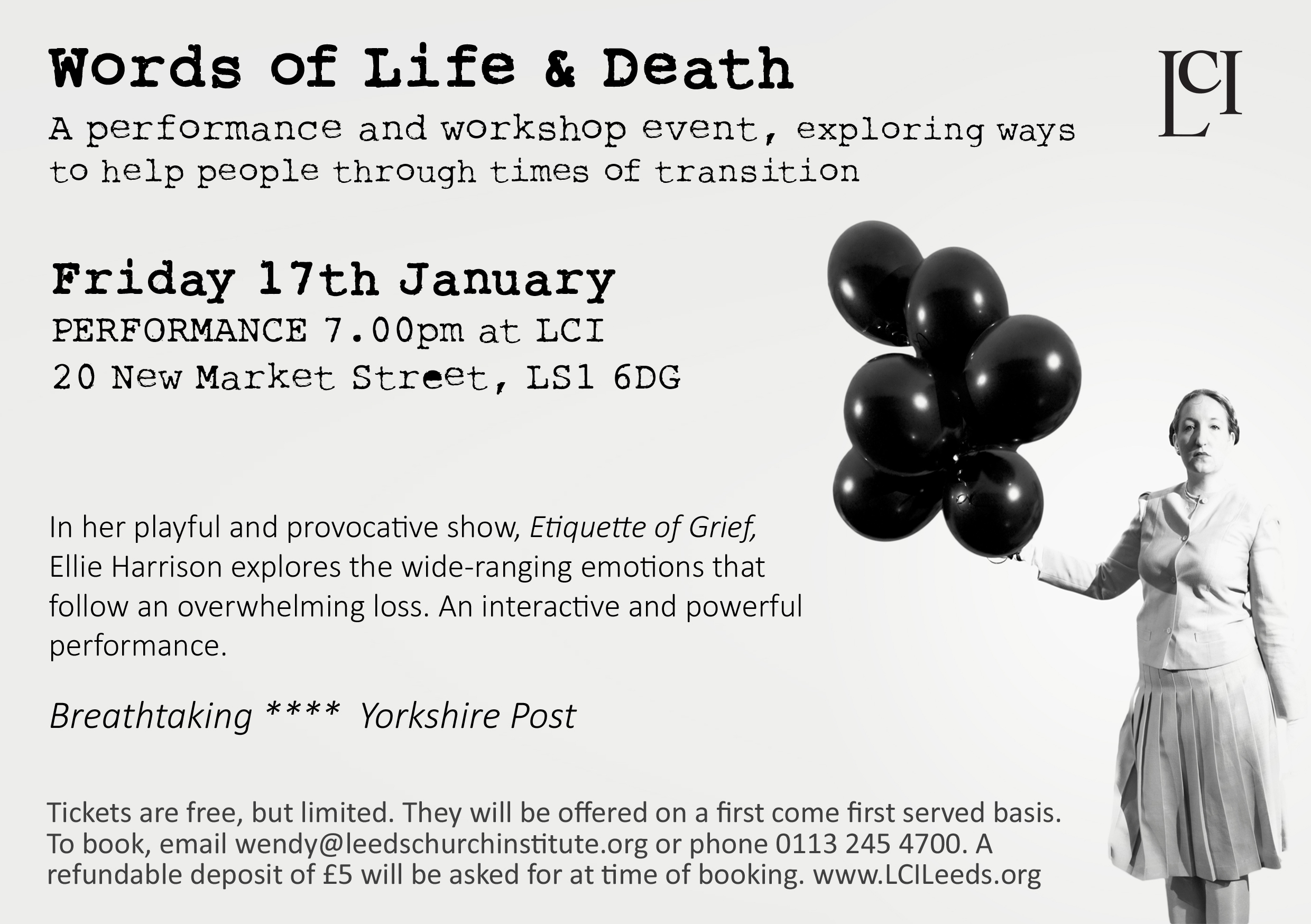 On Friday night, Ellie Harrison gave a performance of her solo show E

tiquette of Grief at LCI. People who attended went on to talk about the performance. It was seen as a celebration of life and exploration of loss. There was a clear theme of denial, which is acknowledged as a stage in grieving. Denial was shown in the bereaved person and in someone who cares for the bereaved person. People were impressed by how openly and honestly the inability of people to face another person’s grief was displayed and examined.
As part of the discussion, we looked at Death Cafes. No one at the workshops had attended a Death Café, in fact, most hadn’t heard about them. They were described as follows:
Death Cafes are cafes (cake is important) where people talk about death. They aim: ‘To increase awareness of death with a view to helping people make the most of their (finite) lives’
They are based on the belief that to talk about death can be healthy and helpful, to individuals and communities. So, a café creates a safe environment. And openly naming it with ‘death’ in the title gives people permission to get straight to the heart of the matter with like-minded people, ie: other people who are keen to talk about death.
Death is discussed without expectations. People are not given information or counselling. There is conversation premised on tolerance for other people’s views.
We asked: What do you imagine you would like to discuss at a Death Café
And people thought:

People were encouraged to visit www.deathcafe.com
Some people expressed an interest in facilitating a Death Café; LCI will follow this up.