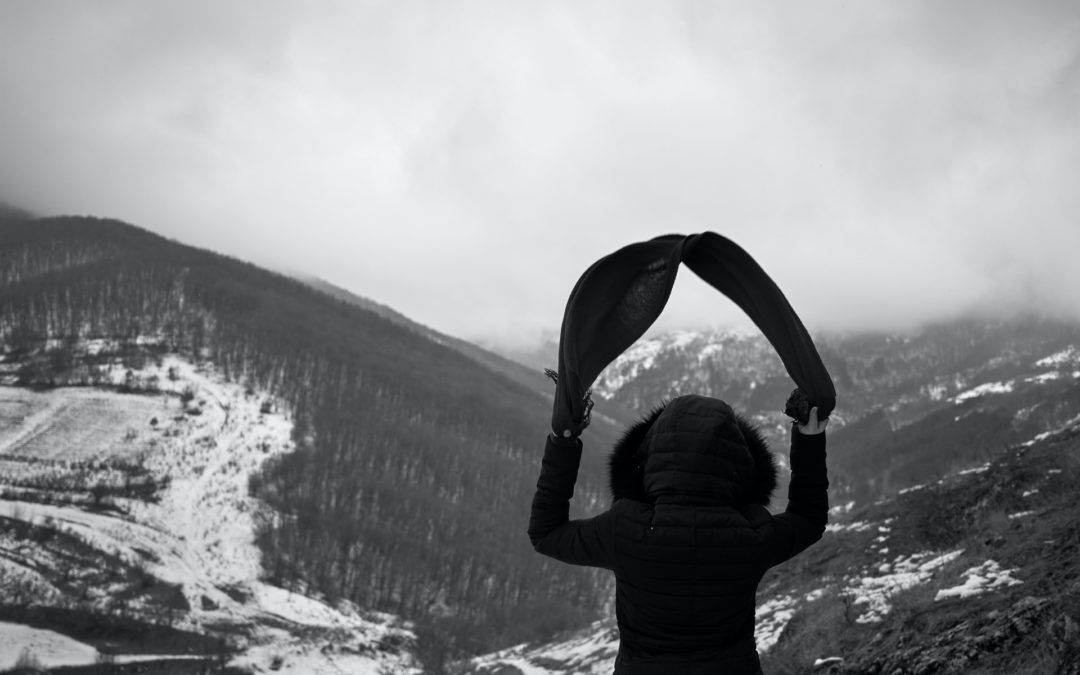 Our Poet Theologian in Virtual Residence, Hannah Stone, is considering three words commonly used to shape or define religious faith and community – believing, belonging and behaving.  This week, Hannah focuses on the third of these words – behaving –  and shares her poem ‘Patched up’.

This week, we think about the third aspect of being religious – behaving. The Scottish theologian Ninian Smart’s concept of seven dimensions of religion (Practical and Ritual, Experiential and Emotional, Narrative and Mythic, Doctrinal and Philosophical, Ethical and Legal, Social and Institutional, Material) touches on things we do or don’t do to demonstrate we are religious (and has sometimes been used to argue that football is a religion, but that is another discussion!)

One behaviour that many Christians share to show they ‘belong’ is the collective celebration and sharing of the Eucharist (Mass, Communion, Lord’s supper, according to your denomination). During lockdown when churches were completely closed, clergy and congregations had to experience this in very different ways, and even now with greater physical access to places of worship, the practices are still not as they were prior to the virus. Alongside virtual prayer meetings and other new forms of Christian community I wondered what else people can do to show they are Christians if the rituals at the heart of their faith are denied them. This was (and is some places still is) a quandry for Christians living under Communism and other oppressive regimes. And with the new ‘rule of six’ (and doubtless other upcoming curtailments to social freedom), how can we enact this, to show we are a Christian community? I came back to one of the most basic Biblical commandments – to love one another.

How people interpret rules (whether promulgated from the gospels or Number Ten) is open to interpretation and we can spend a lot of time worrying if we have got it right, and arguing with ourselves and others as to who is right and are we behaving in the right way. Maybe it’s about aiming in the right direction. The Greek word for sin is hamartia, which literally means ‘to miss the mark’ – in other words to aiming in the right direction but not quite getting there. In my mind, this sits alongside the wisdom of American psychotherapist Carl Rogers, who wrote in his book On Becoming a Person (chapter 41): The curious paradox is that when I accept myself just as I am, then I can change … I am not perfect, but I’m enough.

Here’s a poem I refurbished and polished on my writing break last week:

with its silk and cashmere.

One side is bleached

from where it covered my head in a hot country,

where women veil themselves

from the gaze of men.

It is punctured where moths munched away

while I was busy laying plans.

I would like to find a man I could wear with such ease,

or someone with cold shoulders

I could drape it over.

So I sat with a needleful of yarn,

darning new substance across the holes.

It is finished now, warm and flawed.

I will search for someone who will let me bring

my patient mending to the fabric of their life.