2nd-13th Dec The Eye As Witness : Recording the Holocaust 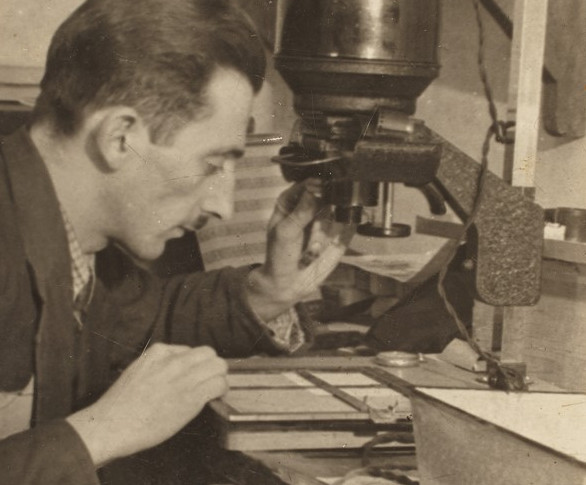 Most Holocaust photos we look at today were created by perpetrators. Such photos provide important evidence of heinous crimes. But are they also a demonstration of power? How do they make us feel about the victims? And what do they fail to show?

Photos taken by victims of the Nazi regime are rarely seen today. But like survivor testimony, these photos reveal different stories: stories of individuality, love, resilience and resistance in the face of suffering and horror.

A new exhibition has been co-produced by the National Holocaust Centre and Museum and academics from the University of Nottingham that enables us to take a fresh look at the perspective of history offered to us by photography. It includes visual testimony of Jewish people and members of the anti-Nazi resistance from inside the camps as well as artwork created by award-winning international artist Lina Selander.

The Eye As Witness Exhibition offers no complete history of Nazism and the Holocaust. Instead, it invites us to assess the sources ourselves. It prompts us to reflect on the gaps in our understanding and in our shared memory. We can learn about history and also from history so that when we see images in the media, we ask, ‘Who took these photos and why? Whose voices do we choose to listen to?’

You can view the Exhibition at Leeds Church Institute at the following times:

Monday 2nd December between 9am and 5pm

Friday 13th December between 9am and 5pm

This is a free event, and apart from the guided viewings on the 6th and 9th December, there is no need to book, just drop in.

In the Łódź Ghetto the Jewish photographers Mendel Grossman and Henryk Ross had access to cameras, film material and a darkroom as part as their work for the ‘Judenrat’, the Jewish Ghetto administration. This gave them the opportunity to take secret images of life in the ghetto, capturing their perspective of events, independent from their official duties and in contrast to the official propaganda photos.