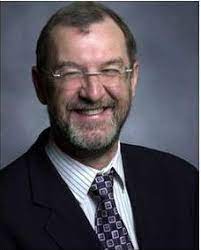 Last week I wrote about the warm welcome I had received at the Poetry and Pizza event, hosted by John Battle. Wherever I go, I hear John’s name mentioned, and without fail it is in connection with community endeavours, which are seeking to support, encourage and empower people whose lived experience is one of lack of privilege and opportunity. Several of my friends (one a fellow poet, one a fellow choir member) have worked alongside him, in completely different contexts, and to mention his name brings a smile and a warm endorsement of his qualities.

John’s biography is impressive, but he is so much more than the sum of his parts. A cradle Catholic, he attended junior seminary, but rather than following that through into ordination as a priest, he took a degree in English Literature, at the University of Leeds, and moved into increasing involvement with the Labour Party, standing successfully as an MP for West Leeds for many years between 1987 and 2014, being succeeded by Rachel Reeves, the current MP for the area. During his time in office he held several positions of considerable responsibility but I think equally telling is how his faith has prompted his involvement in particular organisations and roles, for example as the Prime Minister’s special envoy to all faith communities, and as National Co-ordinator the Church Action on Poverty, as long ago as 1983. It seems to me that John can always sniff out opportunities to bring together his desire for that Biblical quality of righteousness and social justice, in ways that are effective and challenging to the status quo, whilst remaining compassionate and accessible.

Although retired from parliamentary office now, John is apparently indefatigable in his efforts to engage with so-called ‘ordinary’ people – though it is clear John finds ALL people extraordinary! –

to actively seek ways of enriching their lives through the creative arts and political activism. Yet he does not proselytise, either about his faith or his politics. John is one of those rare people whose entire life bears witness to his social and religious beliefs. In the Poetry and Pizza session I attended, he was ready with copies of canonical examples of poetry focusing on the theme of remembrance and poppies, encouraging members of the group to read and reflect on not only the familiar Siegfried Sassoon’s ‘Everyone Sang’ and John McCrae’s ‘In Flanders Fields’ but the less familiar ‘May, 2015’, by Charlotte Mew, and Denise Levertov’s ‘Making Peace.’ He used his learning to gently introduce deeper insights from the less familiar works (both by women, who tend to be under-represented in war poetry.) By starting with favourite poems and moving to less well known ones, he smuggled in some additional learning and resources for thinking further about the topic, without in any way intimidating those who had not encountered these concepts or writers. The discussion flowed, and John was constantly affirming and responsive to people’s contributions, however hesitatingly expressed. He is obviously a much loved facilitator at New Wortley Community Centre.  John also gave everyone present at beautifully crafted poppy, made by his wife Mary – such a typical kind gesture. And he was ready with a plate of food to sustain me while I chatted to members of the group; a very welcome practical touch!

Having met John, I cannot think of a better exemplar of an empowerer. If there isn’t such a word, I am sure he would be the first to seize it and put it to use. Thank you, John, for all you do for the citizens of Leeds.