The Lord commanded the storm 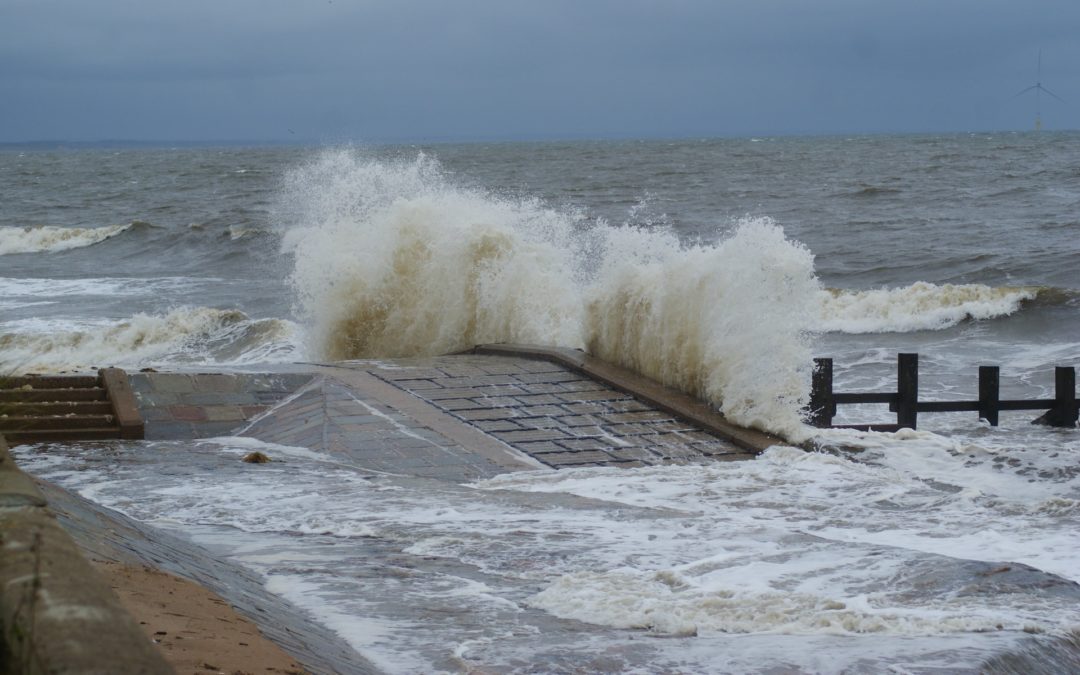 This week our Poet Theologian in Virtual Residence, Hannah Stone, considers how the imagery of storms can convey many difficult emotions and upheavals and, with Leeds Church Institute’s recent exhibition ‘Asylum in Art’ in mind, shares a moving poem by Carolyn O’Connell .

The image of a storm can convey many difficult emotions and upheavals; as I write, the debacle between Manchester Council and Westminster over being placed in tier three is very much in the news – some stormy conversations to be sure. The Bible is full of images of the sea; not just the Sea of Galilee (in fact not an ocean, but a very large freshwater lake). We recall St Paul’s missionary journeys throughout the Mediterranean sea, and the hazards that this form of travel presented. Madeleine Bunting’s Love of Country: A Hebridean Journey, in a chapter on the island of Iona, reminds us that this venerated pilgrimage site was not isolated; it was at the centre of a hub of sea routes between Scotland, England, Ireland, mainland Europe and Scandinavia. In the days before roads, our island nation’s main mode of transport was frequently boat.

I’ve written several poems using the image of stormy weather and shipwreck to describe personal upheavals (Stormy Weather’, ‘Definitions of a Shipwreck’ in Missing Miles); the broadcast shipping forecast has spawned entire anthologies of poetry. Pathetic fallacy, where a natural phenomenon, such as a storm, is used to illustrate human emotion, has been a favourite device of poets for centuries. But the danger of the sea is also very real, especially for refugees attempting to reach a place of safety. Missing choral singing during lockdown, I loved hearing this setting of Psalm 107: 23-30 (They that go down to the sea in ships), set by Herbert Sumpsion. The psalmist tells us that God commanded the storm – and the stilling of the waves. It may be hard to find that stillness sometimes.

With this month’s focus on refugees in mind, my chosen poem today is © Carolyn O’Connell, who joined me in a zoom chat in the summer. It was published on a website called I am Not a Silent Poet on 6/7/16.

The Carpenter of Lampedusa

Francesco was the creator of furniture
for farms and towns, of chairs, tables
anything sourced from wood; olive his
preferred tree scenting each slice of the plane,
chip of a chisel, shavings falling from his lathe.

Running to the beach locals saw them
struggling against the rise of the wave
heads battling for breath, arms clawing
and the orange lifebelts of the dead
blooming on the sand, scattered cracked
planks of wrecked boats they’d boarded
with hope now shattered with dreams, families.

Men strode into the storm, drew crowds
from the waves but their efforts were puny,
he saw the grief, their loss and rejection
offered his skills to solace their despair,

bending he grasped the shattered planks
and fashioned crosses from the staves
symbols of crucifixion, their loss
passing to these refugee Christians
a token of comfort, memorial of the lost,

who Europe bars with wire thorns fearful
of their darker skins, older, unknown rites
and crowns the continent with diadems
of hate like those who crowned the Galilean
carpenter and hung him on an olive cross.

Photo by Gavin Kelman on Unsplash