Faith and Activism: Religious Protest in the age of BLACKLIVESMATTER 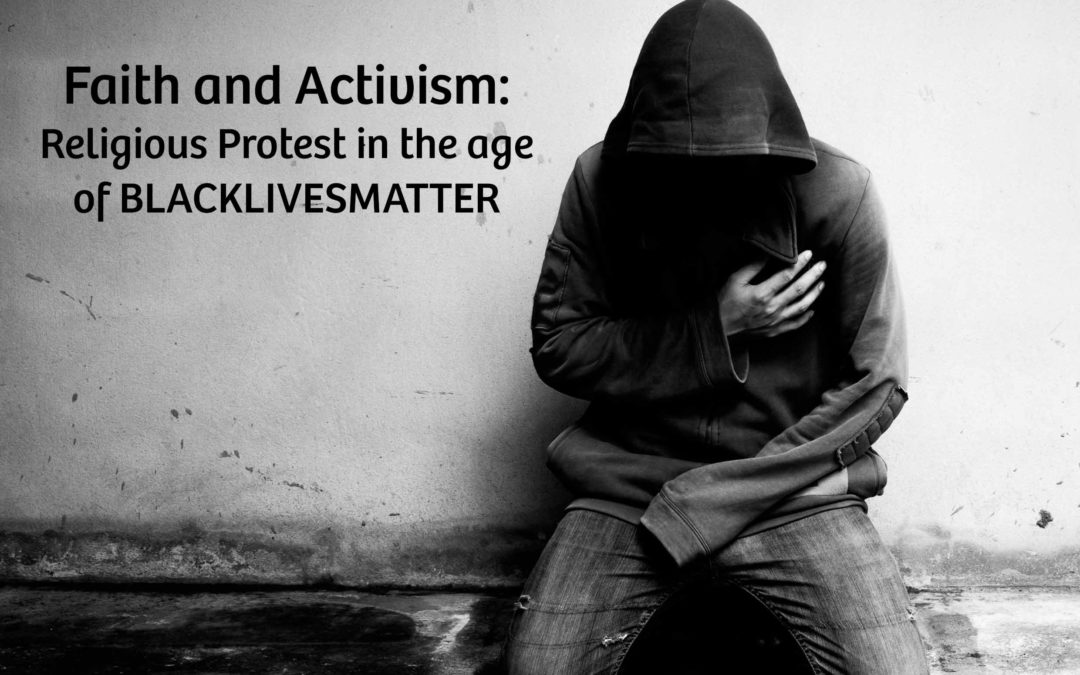 Leo Joslin, postgraduate student and member of staff at Leeds Church Institute, reflects on the role and purpose of faith in activism and protest today.  Leo’s article is also published in our Summer CITYtheology magazine.

A protest movement in the 21st century, by its nature, must be areligious. Leeds is one of the most diverse cities in the UK, and like its post-modern urban counterparts across Western Europe and North America, any social movement has to appeal to an array of different nationalities, religions, races and ages. By rooting activism in any one particular faith, it risks alienating others in society from partaking. No longer can a protest movement centre solely on a faith leader like Martin Luther King Jr. or Óscar Romero, or it risks becoming limited to practitioners of that faith alone. Other faiths feel like it is not their cause; that the movement is not for them. 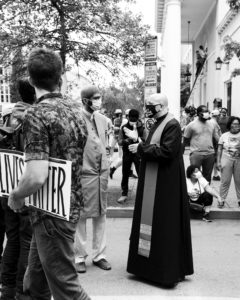 If that is the case, then what role does faith play in today’s activism? Where does belief place itself in a secular protest? An immediate point, albeit one that may appear as slightly pessimistic, is that the positive voice of faith is needed to correct that of the negative. Often, leaders and prominent figures of conservative systems will appeal to religion as a means of legitimatising their position of supremacy. Take Brazil’s Jair Bolsonaro as an example: the right-wing leader’s evangelical Christian identity (he was born a Catholic) is a key part of his public image. This has proven key to his rise and popularity amongst Brazilian evangelicals, despite his social and economic reforms seeming to many to be in opposition to key tenets of Christianity. More recently, US president Donald Trump brandished a Bible in front of the fire-damaged St John’s Episcopal Church in Washington, half an hour after peaceful protestors were tear-gassed in front of it.

It is in ways like this that faith can be co-opted by leaders to try and quell protest, and why secular activism needs a religious element. If religion remains silent, it simply offers up the table for counter-protest figures to monopolise the religious message. Instead of allowing the usurping of religious identity by those who wish to manipulate its message for gain, the faithful, both lay and clergy, need to be vocal in activism.

That is one way that faith is needed in activism, to negate its misuse. But it can be a more positive and constructive force as well. Last month, a tweet from the Bishop of Leeds, Nick Baines, was read by Sky News host Kay Burley to the government’s Michael Gove. Gove’s refusal to respond prompted both surprise and mockery across social media, and served as a damaging critique of the government’s response to COVID-19. An example like this shows the positive force that religion can have in protest: in our society, like many others in Western Europe and North America, clergy are seen as a source of authority, both morally and politically. It is this position that allowed the Bishop to challenge the government. A more dramatic example would be Archbishop John Sentamu cutting his dog collar live on the BBC in protest over Zimbabwe’s Robert Mugabe. Sentamu was given the platform to speak as an Archbishop, and he used it to provide a vivid act of protest and activism in solidarity with the people of Zimbabwe.

But in light of current protests around the world, and including in Leeds, following the killing of George Floyd in Minneapolis, maybe protest and activism needs to offer more than critique and calls for adjustment. When a whole system is rife with oppression and division, maybe criticism, ultimately, does not do justice to the people in need of wholesale change. In the US, people are offered a choice between Trump’s ‘shoot them in the heart’ or Biden’s ‘just shoot them in the leg’: both supress their citizens, one just tries to mask it as progress. There is no political route to true freedom from oppression within a society that offers no alternative. The UK, like the US, is a system built on the exploitation of others. It is perhaps more obvious in the US, given the militarisation of the police and a level of capitalism so extreme even the prison systems are privatised, but the UK is clearly similar. Our system is built on slavery and colonialism. Just because our country enslaved in other countries such as India and Kenya, rather than its home states, does not make our system any less reliant on exploitation. One just has to look at the disproportionate effect of COVID-19 on the BAME community in the UK to see the very real life-and-death implications of this in 2020.

When a system is intrinsically based on some section of society being treated worse than others, and cannot survive without this, then there is a need for a new system. This new system has to be built with the perspectives of all involved. Our current system was built from the perspective of the white person, and even if we might not recognise it all the time, this excludes and ‘others’ people by not representing them fully. A system needs to be built that is influenced by the experiences of all in society equally. ‘There is no longer Jew or Greek, there is no longer slave or free, there is no longer male and female; for all are one in Christ Jesus’ (Gal. 3.28, NRSV): one member in each of these pairs is one that has been historically oppressed. Paul lived in a system, like ours, that relied on the oppression of some to sustain itself. To truly end this, a new system is needed; one that represents everyone equally.

This is the role of faith in areligious activism and protest. It offers a path beyond the initial outburst of the oppressed and mistreated, showing a counter-society that recognises the need for equality and liberation. If a society is not built with the input of all, and representative of the diverse experience and worldviews of humanity, then it will be a system that is unbalanced. A new system is needed to replace the exploitative old, crafted from the point of view of all, and faith can help us in this.

Leo’s article is also published in our Summer CITYtheology magazine.